Club Penguin has released a new newspaper! This is their 5th of November edition. This is the forty fifth issue of 2015 and it brings us to a total of 524 published newspaper issues.

The first main article is about Herbert being behind the robots going haywire. 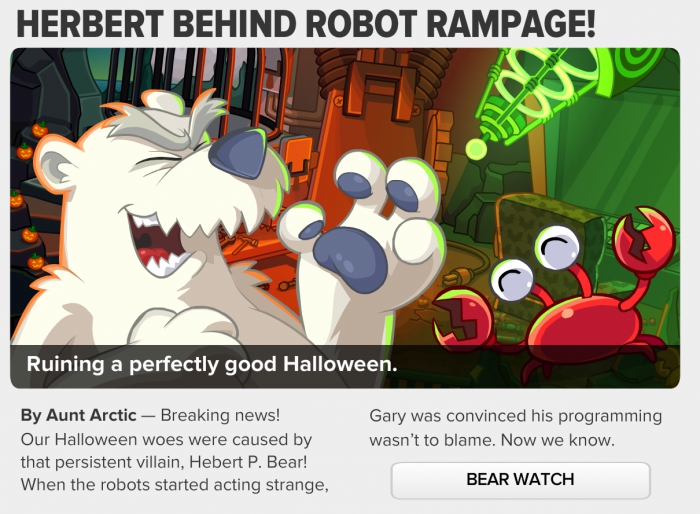 The second main article in this week’s newspaper issue is an interview with Jet Pack Guy, conducted by Rookie. 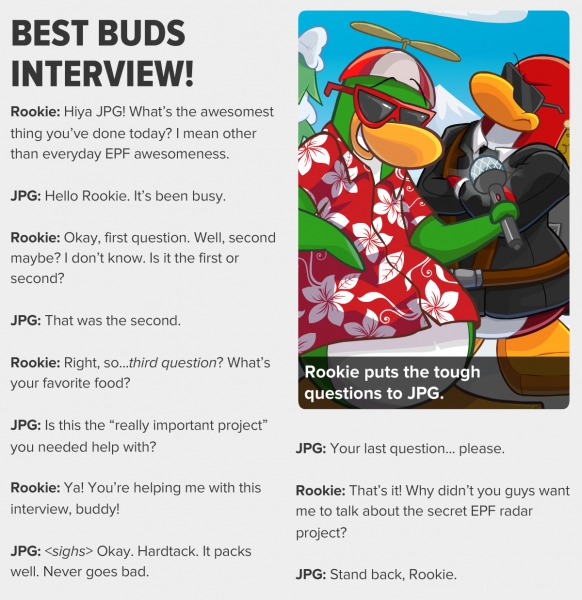 This week the upcoming events section has been replaced with island rumours. 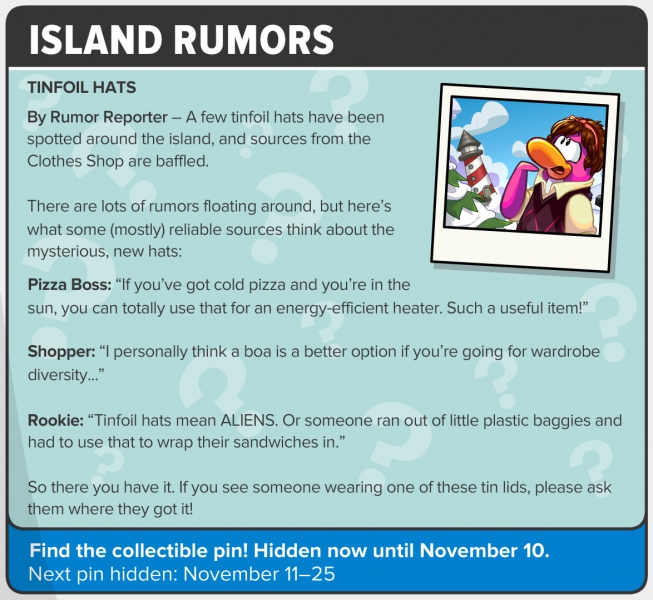