Club Penguin’s next special is nearly here, and it’s called Halloween Panic. Unlike the previous two specials, Club Penguin is really promoting this one as well as making it available to everyone. Read on for all the information, plus a trailer sneak peek and link to buy it now on iTunes before it airs on TV!

The special, which was originally going to air on the 19th of October in the UK, has been moved to later in the month. In fact, this time the special is airing in the US before the UK! First up, here is the blog post Megg made about it: 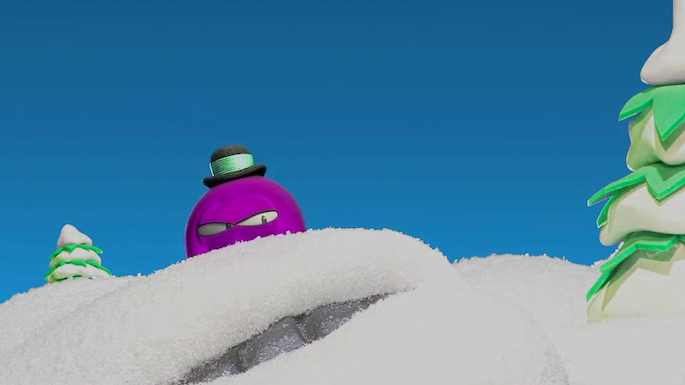 Ready for the best part? We’re working on getting an exclusive showing right here on the blog from October 30 to November 2! That means you’ll have the whole Halloween weekend to watch it as many times as you can ;)

And if you’re wondering what it’s all about, here’s the run-down:

Everyone is in the spirit for Halloween treats, except for master- prankster Blizzard– who feels that tricks are the treat.
After ruining his friends’ Haunted Igloo attraction with his latest prank, Blizzard befriends a smart-aleck specter named Polter-Gus. The pranking pals accidentally unleash a swarm of unfriendly ghosts who terrorize the island! Can Blizzard convince his friends to trust him and stop the ghoulish gang from turning everyone on Club Penguin Island into gruesome ghosts?

So, to summarise what Megg said:

Not only that, but according to my television guide there are two more airings in the US, although they are subject to change. They are at 1:00 PM on Wednesday, October 28th and 9:30 AM on Saturday, October 31st.

Here is the minute long trailer for Halloween Panic. I chuckled a couple times.

I still need to finish watching my recording of Monster Beach Party….lol.