Club Penguin has updated on the 4th of September in 2009 and 2014. In 2009 the Fall Fair began which Rockhopper arrived for and that month’s Penguin Style was released. In 2014 that month’s penguin style was released, a new pin was hidden, Ruby and the Ruby returned to the stage, a new login and logoff screen were added, and the igloo music and featured postcards were updated.

A large majority of the decorations at the 2009 Fair were the same as the 2008 Fall Fair, however there were some new decorations around the island as well as brand new prizes. The Puffle Circus made its first appearance at this Fair. 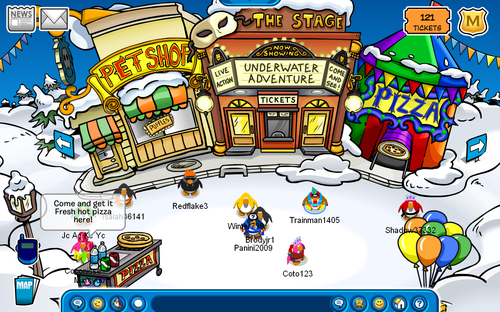 Like he usually did for the Fall Fair, Rockhopper arrived at the island, however when the updates were initially released there was a bug where you could not access his ship. When trying to waddle onto it, you’d get an orange error message reading ‘Please exit your game before leaving the room”. Luckily Club Penguin fixed this bug shortly after, so penguins could see what items Rockhopper brought with him. Rockhopper’s catalogue contained the Winged Viking Helmet for all players and members could purchase the Gold Monocle for 160 coins, Fuzzy Viking Hat for 300 coins, and the Toy Giraffe, a furniture item, for 550 coins.

The clothing catalogue released on this day in 2009 featured many new back to school and general clothing items. There was one new hidden item, the Bow Tie. 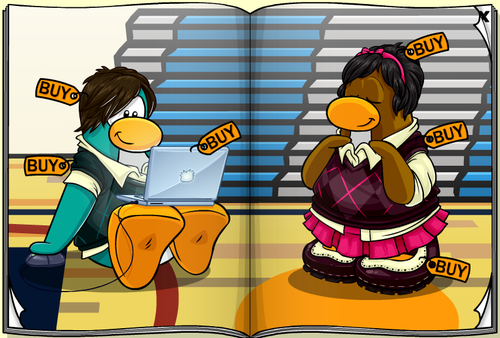 Just like in 2009, on this day in 2014 a new Penguin Style for the month was released. It featured items relating to school and skating. 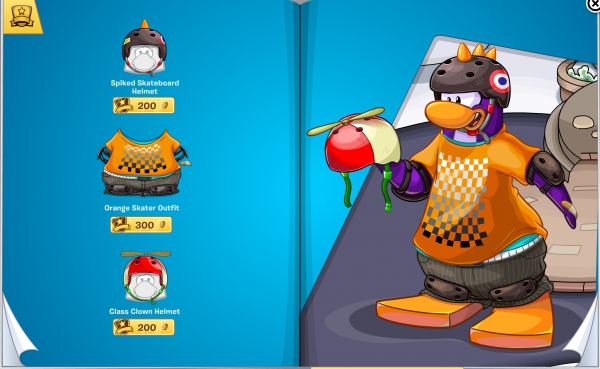 The next update in 2014 was a new pin, the Fruit Smoothie Pin. This pin is Club Penguin’s 286th pin overall and is the twelfth pin to be hidden at the Dock.

Another update in 2014 was Ruby and the Ruby returning to the Stage. This was its eighth and final showing.

The final few updates in 2014 are minor. A new login and logoff screen adverting the school & skate party were added, the igloo music was updated with Hellow Yellow! and Bull’s Eye returning, and the featured postcards selection was updated. Dance Party, Ruby and the Ruby, Let It Snow, Find the Pin, Haunting of the Viking Opera, Cart Surfer, and Aloha were now on display.