On the 3rd of September Club Penguin has updated in 2010. That year the Fall Fair, that month’s event, began, which Rockhopper visited the island for. The update Penguin Style for the month was also released.

For the Fall Fair the whole island was decorated to replicate a carnival. Like all the other Fairs Club Penguin previously held, penguins were able to play special games and earn tickets from them. The tickets collected at the Fair could be used at a special prize booth to obtain items. This was Club Penguin’s fourth Fair, a yearly event held every September since 2007. At all of the Fairs before 2012 your tickets were not saved so if you logged off and back on later you would go back to having zero tickets. 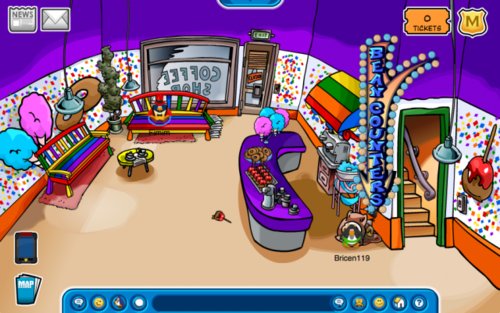 The only other update on this day in 2010 was a new clothing catalogue. It featured many new hoodies.