Club Penguin is currently testing the Halloween Party on mobile devices and I have managed to get my hands ahold of six of the decorated party rooms! There’s a bug that will be fixed soon where you can actually visit one of the rooms on the mobile app!

Because they are mobile room files they are not filled in with all the objects, which is standard whenever party rooms are posted early on blogs. I don’t know any specifics about the party plot yet, but once I do I will make a follow-up post. 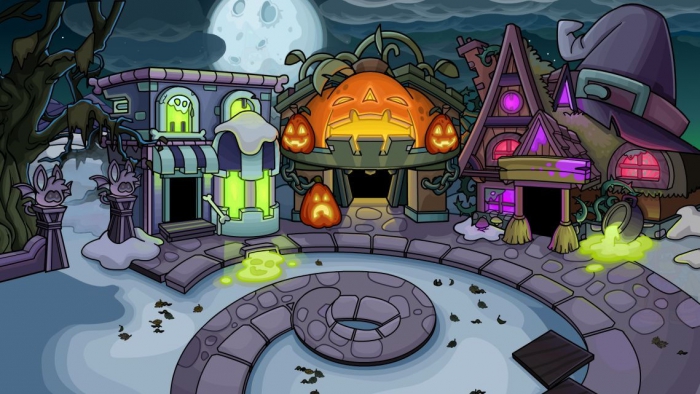 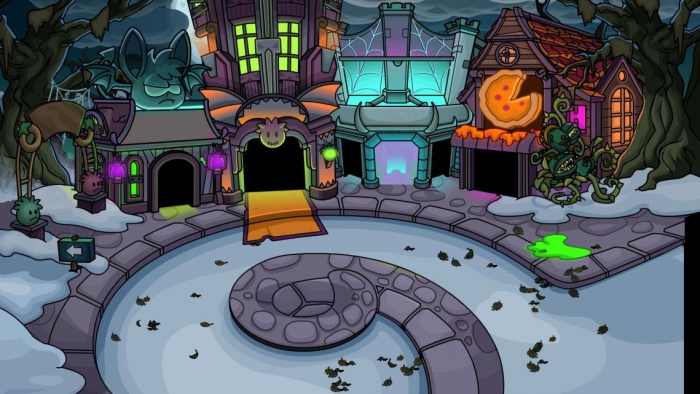 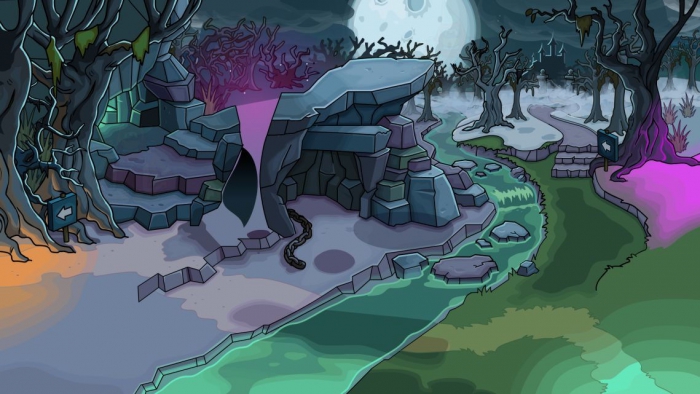 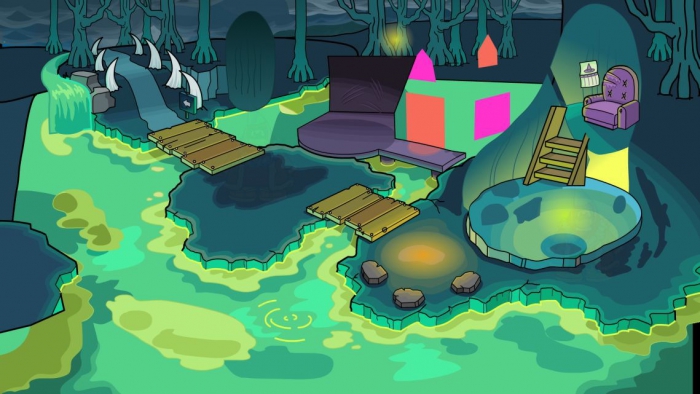 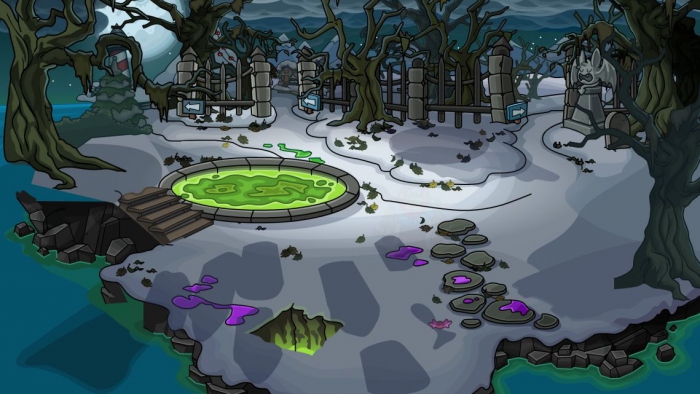 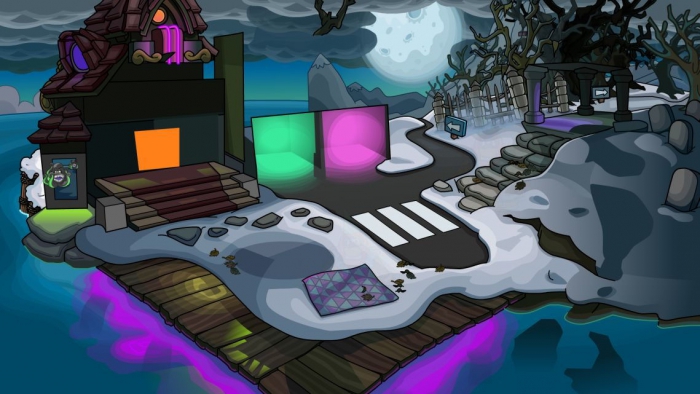 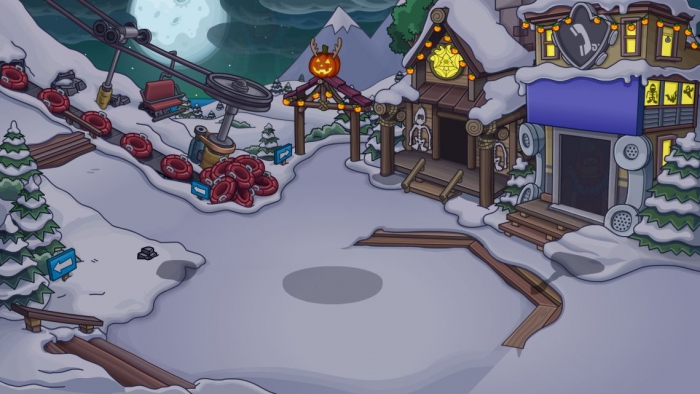 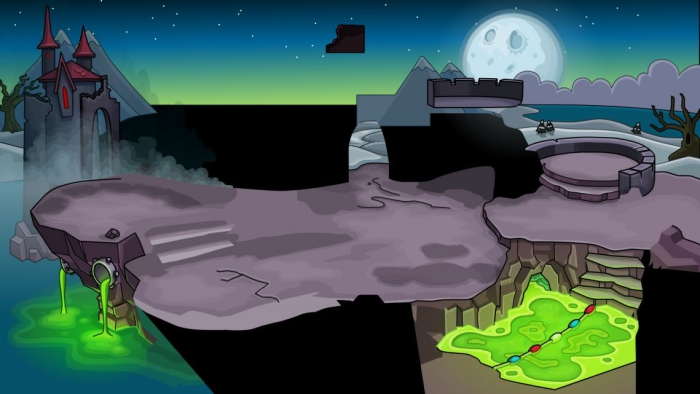 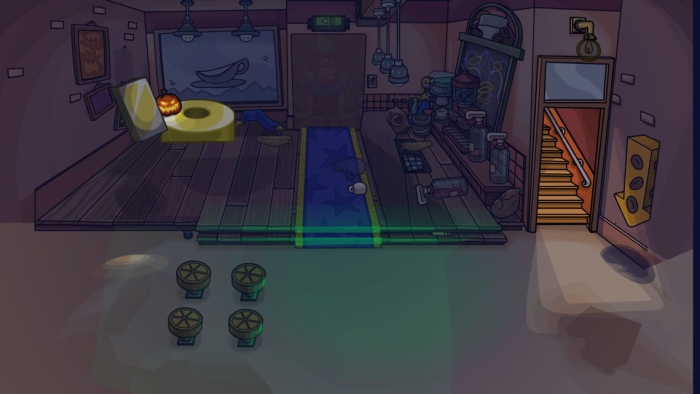 Special party room with a cage and Herbert Pumpkin: 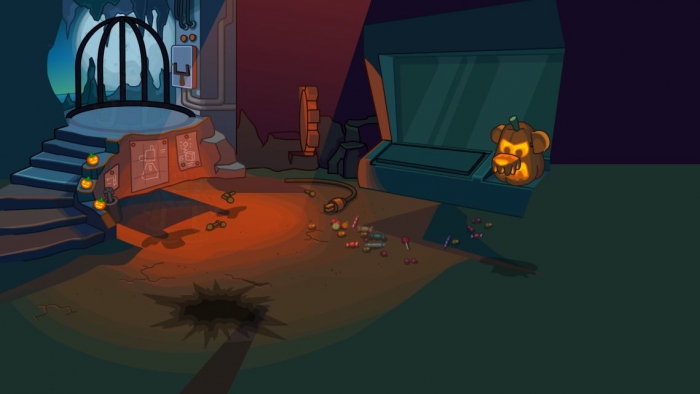 It’s bound to be fixed soon, but on Club Penguin’s app, go to the Mine Shack and waddle into the School. You’ll wind up at the Halloween Party’s Beach instead and can turn into a Robot! 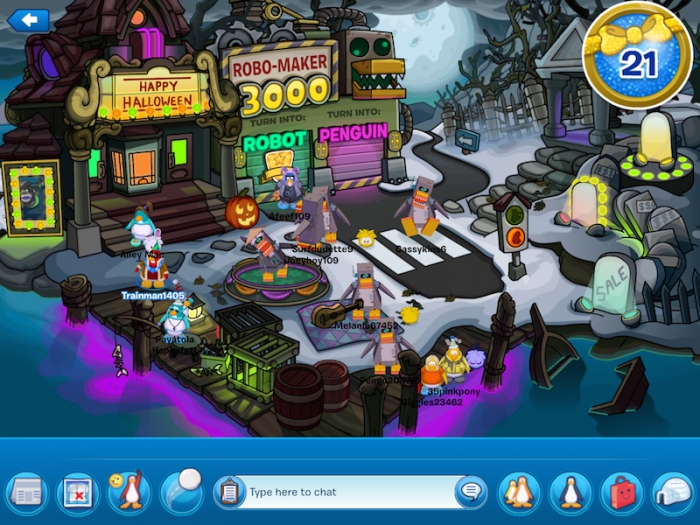 Here’s me turned into a robot: 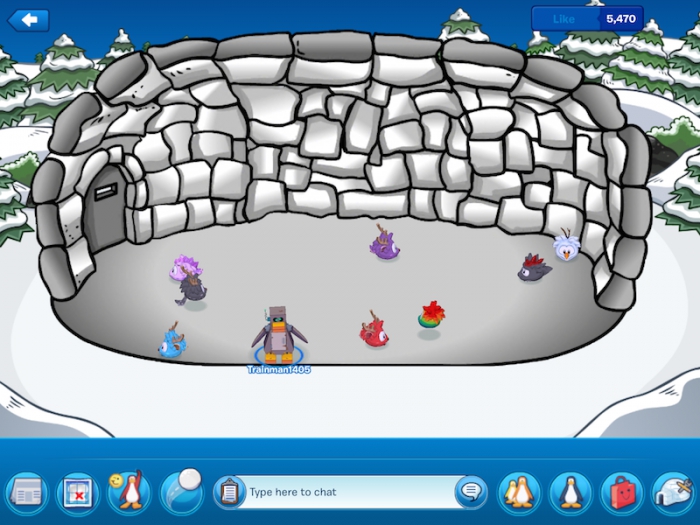 Here is the music. The Town and Plaza’s track is all new and it’s awesome!