On the 26th of August Club Penguin has only updated in 2011. That year the Great Snow Race, that month’s event, began. Not only that, but a new pin was hidden on the island.

The Great Snow Race was an event hosted by G, which doubled as a cover for Operation: Hibernation, an operation by the EPF set in motion to capture Herbert once and for all. Two head items and two special pins could be collected during this event. 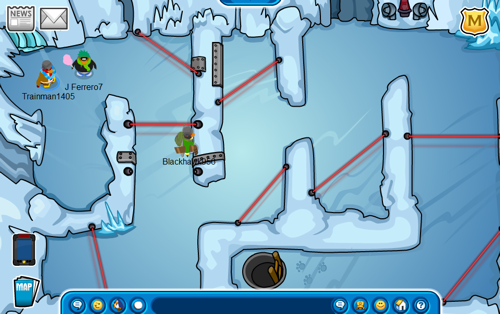 The other update in 2011 was a new pin being hidden on the island, unrelated to the two special pins available during the Great Snow Race. The Polar Paw Print Pin, Club Penguin’s 175th pin, could be found at the Underground Pool. This was the seventh pin to be hidden in that room.