Club Penguin’s done calling their takeovers a takeover and instead referring to it as a party. Anywho, either way it doesn’t really change what September’s party is going to be: Descendants!

Just like all their other parties takeovers, I haven’t seen Descendants, either. The movie recently premiered on Disney Channel here in the US and many players requested such a party, although I’m willing to bet that they were working on it even before the movie aired and players asked for a Descendants themed party, since Club Penguin works on things several months in advance.

Here’s some concept artwork Megg shared when announcing the party: 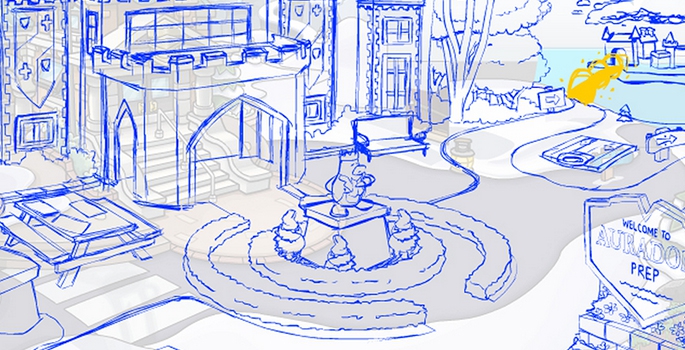 During the party the Iceberg will be floating over on the Club Penguin app, too.

What are your thoughts on there being a Descendants Party/Takeover?