The field op released on this day in 2010 was the fourth one. You had to go to the Lodge Attic and complete the mission by powering up the chipset.

That’s all for 2010. Two years later, in 2012, three updates occurred. The biggest update that day was a new clothing catalogue. It featured many colourful music inspired outfits. Take a look: 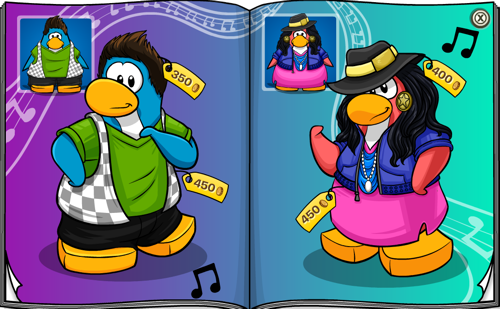 Also in 2012 the play at the Stage was updated. Squidzoid vs. Shadow Guy and Gamma Gal returned again. This was its seventh showing.

The final update in 2012 was another field op. This was the 89th mission, and for it you had to go to the Dock and break the code by scanning symbols to find the correct combination.