On the 3rd of July Club Penguin has updated in 2009 and 2014. In 2009 there was a new clothing catalogue, a new ninja catalogue which Sensei waddled around for for the first time ever, a new pin, and a new login screen. In 2014 the clothing catalogue was updated with that month’s styles and The Vikings That Time Forgot returned to the Stage.

The main theme of the items in the July 2009 Penguin Style was music. 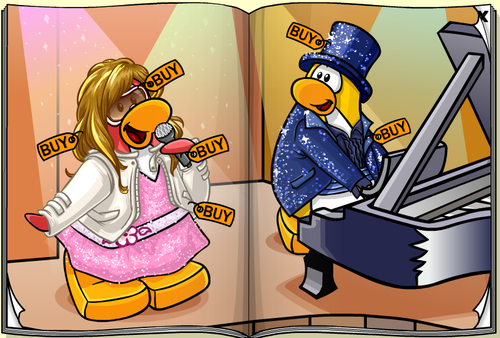 The Penguin Style wasn’t the only catalogue to receive an update on this day in 2009. The Ninja Catalogue, also known as the Martial Artworks Catalogue, also got an update. One item was added, the Cloud Wave Bracers. Along with this Sensei was also waddling around in the Ninja Hideout, a room that no longer exists. This was the first time ever that you could meet him in-game. If you met him you could collect his special giveaway background.

The most minor update in 2009 was a new login screen advertising the upcoming Music Jam.

That’s all for 2009. In 2014 two updates occurred. The first was a new penguin style, which, just like the July 2009 Penguin Style, predominantly featured music themed items. 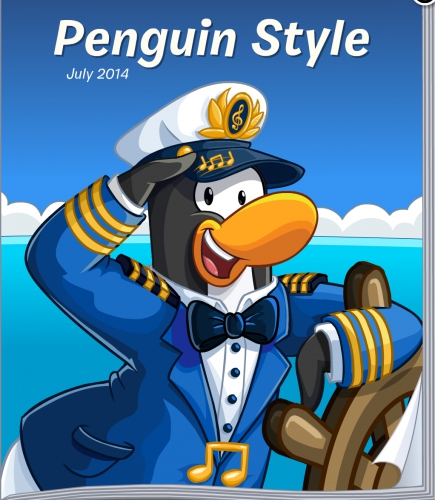 The second and final update in 2014 was The Vikings That Time Forgot returning to the Stage for its second showing, the first encore production of this particular play.