On the 30th of June Club Penguin has had one in-game update and one website update. In 2006 the first PSA mission was released and in 2011 the beta team loaded again.

The first PSA mission, now an EPF training mission, was released on this day in 2006. The mission is the Case of the Missing Puffles. 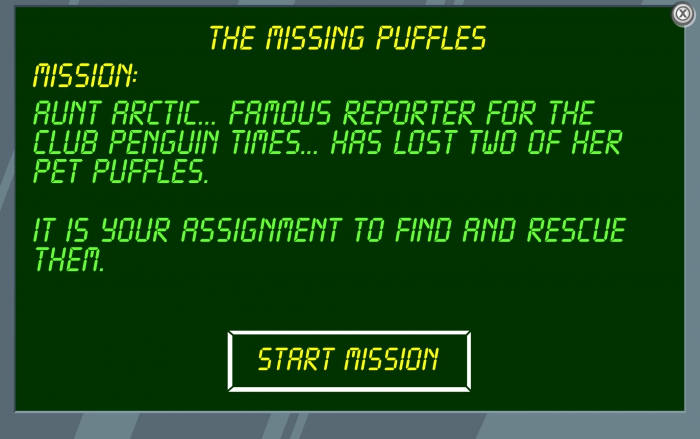 In 2011 the beta team loaded again, however it got stuck at logging into your penguin account.