On the 22nd of June Club Penguin had two updates in 2007. A new pin was released and Rockhopper arrived at the island for another visit.

The new pin released on this day in 2007 was the Picnic Basket Pin. This is the 35th pin to be released in-game and the second pin to be hidden at Puffle Lodge, then known as the Ski Lodge.

The other update in 2007 was Rockhopper arriving. His free item for everyone was a Bandana, plus members could purchase the Monocle, Alien Antenna, and Blue Flippers for wearing. 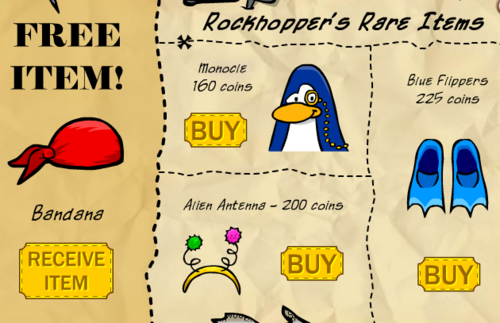