On the 7th of May Club Penguin has updated in 2010. On this day that year there was a new clothing catalogue, a new pin, a new postcard was added, and the Medieval Party began.

The May 2010 Penguin Style’s theme was medieval. Four new pages of items were added, plus a few hidden items. 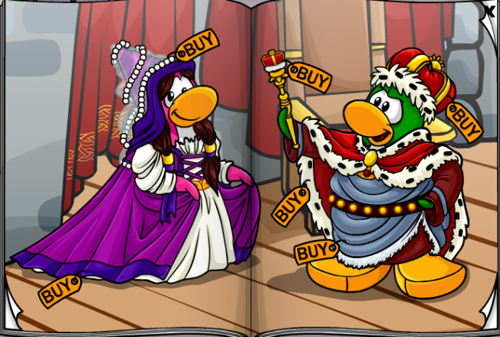 The new pin released on this day in 2010 was the Shield Pin. It is the fifth pin to be hidden at the Cove and it is Club Penguin’s 122nd pin.

There was one new postcard added in 2010. The “Meet me at the Tree Forts!” postcard was added. The Tree Forts was a special room at the Medieval Party, which I talk about in depth below.

The final update in 2010 was that year’s Medieval Party. Back then it was not uncommon for some parties to start at the beginning of the month rather than the end of the month like they do now. During the party the whole island was decorated to look like a medieval village, plus members could play through the two knight’s quests. The first knight’s quest from the 2009 Medieval Party made a return, plus there was a brand new second one. Once having completed the quest you could collect some free items. Nonmembers could obtain the Wizard Hat at the Lighthouse. 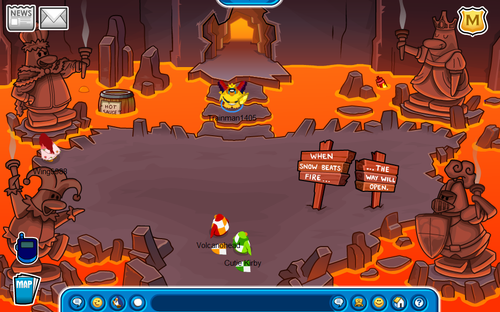