On the 16th of April Club Penguin has updated in 2010. They released a new furniture catalogue and a new igloo catalogue. 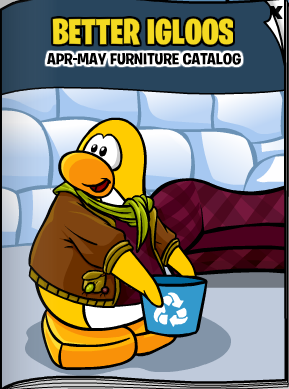 On the other hand, the igloo catalogue had a few small updates such as the Bamboo Floor being re-released.