Polo Field has made a new post on the Club Penguin Blog today. In it he announced that over the month of April the team will be working to vastly improve the stability of Club Penguin and try to eliminate as many bugs as possible. Here’s his post:

One troubling thing when it comes to programming is that there can be unintended bugs – errors that cause a program or game to not work the way they should.

While Club Penguin has had bugs since day one, the more the game has grown the more bugs we’ve encountered. The team has had trouble balancing both updating the game with new content and bug fixing, so we’ve decided that the month of April will be mostly spent fixing bugs. Don’t worry, there will still be new catalogues and a small party this month. Do you have any ideas what it might be? 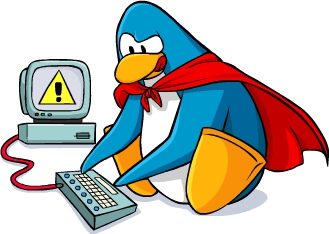 In order to help us maximize the efficiency of bug fixing, we’re asking you to email support@clubpenguin.com with any bugs you encounter, big or small. Even if you’re not sure if something is a bug or not, you can still send us an email and we will look into it.

Thanks in advance for your help everyone! And one last thing….Trainman1405 says April Fools.

Alright, yeah, this was a joke. Two of the April Fool’s Day jokes I posted last year (Violetta Takeover and a Club Penguin TV special) ended up being true…so maybe this end up becoming real too! :P Thanks to Azerty15 for the idea!