Club Penguin remembered the EPF exists and updated our spy phones with a new message from Dot, however they STILL haven’t fixed the bug where the name of who sent the message doesn’t show. I’m not surprised by that, though.

Here’s the message from Dot:

The talent show was a success! I disguised myself as several guest inanimate objects. Did any agents spot me?

Hey Trainman did you notice that in the play for Cadence room, there is a random object placed behind Cadence. So far i’ve seen the former modern art sculpture from the Book Room, the rocking horse from the Lodge Attic, and a number four green buoy. The puffle also changes too that is on the desk.

For reference, there’s a lamp next to Cadence in this screenshot: 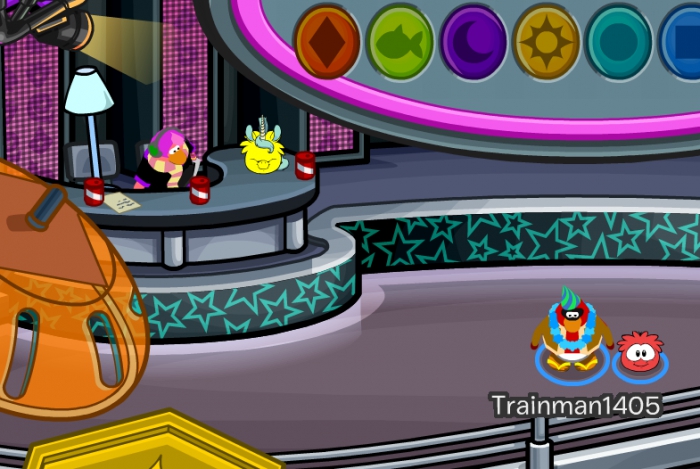 And there is a rocking horse next to Cadence in this screenshot: 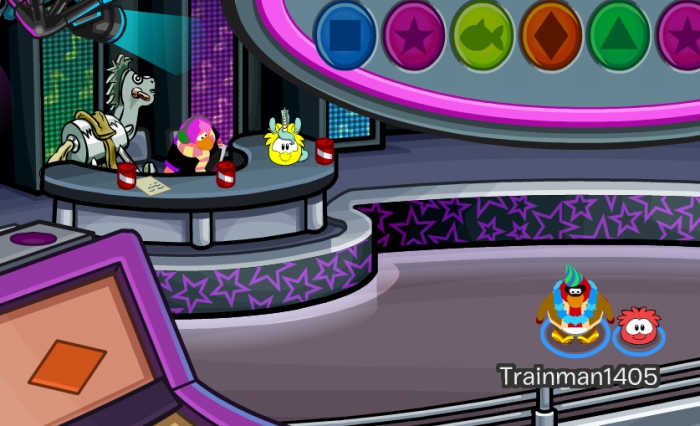 And speaking of the SoundStudio Party, here’s something Barcoterror1 pointed out to me. Doesn’t the center stage area where I’m standing look like Herbert’s head? 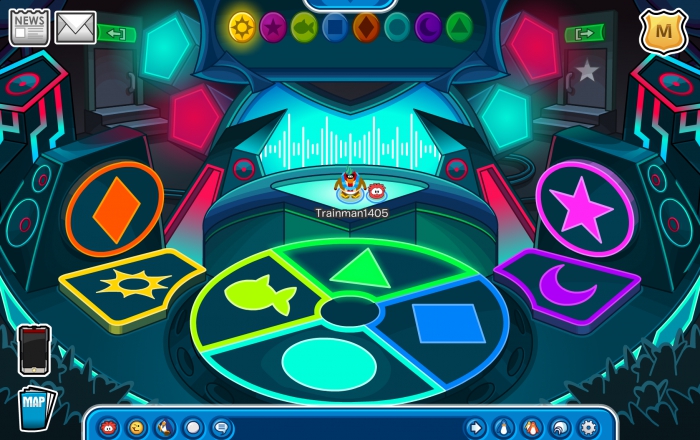 10 thoughts on “EPF Message From Dot – and was that Herbert at the SoundStudio Party?”