In this week’s issue of the Club Penguin Times, PH announced her plans on giving the Ski Lodge a new look. Although Polo Field does not use Twitter much anymore just like the rest of the Club Penguin Team, he does pop on from time to time to tweet a thing or two. Today he tweeted a sneak peek of the Ski Lodge’s new design. Here’s Polo Field’s tweet: 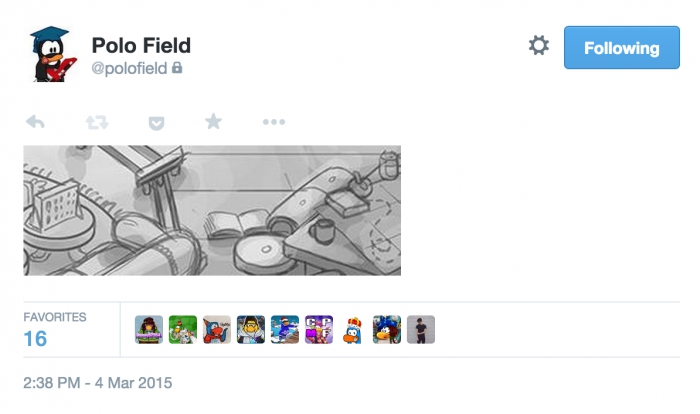 What are your initial thoughts based on the concept artwork?