On the 21st of February Club Penguin has had updates in 2013 and 2014. In 2013 there was a new pin and the award show at the Hollywood Party began. Aunt Arctic showed up, too. In 2014 a new item was available at the Fair’s prize booth. 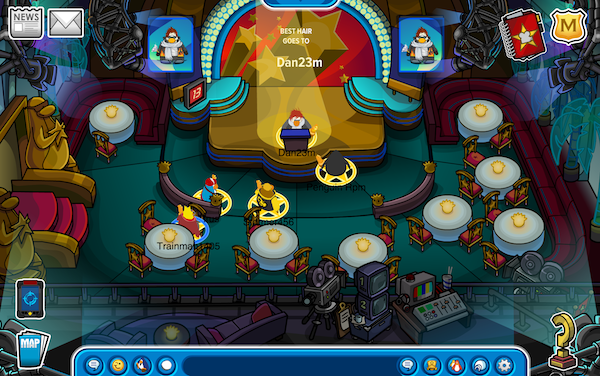 The only update in 2014 was the Pixel Shades face item now being available at the prize booth at the Fair.