On the 17th of February there have been updates in 2013 and 2014. In 2013 the third and final set at the Hollywood Party opened. In 2014 the iceberg and university rooms were added to Club Penguin’s mobile app.

The third and final set at the Hollywood Party was a movie set for the film Return of the Space Squid. By doing a few tasks in the room all players could unlock the Space Squid Background and members could collect the Space Squid Costume. The tasks you had to do to unlock the items were emote in the space ship, emote in space, and emote at the crash site. 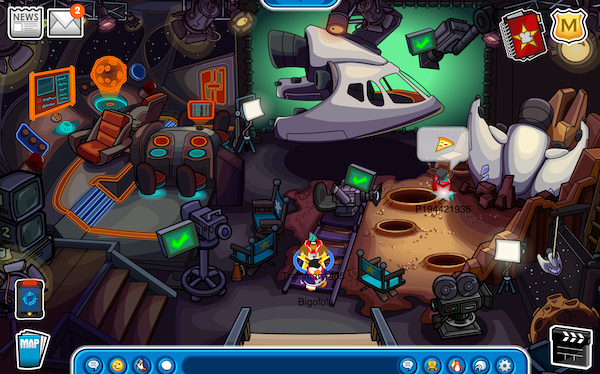 As stated above, the update in 2014 was two new rooms on Club Penguin’s mobile app: the iceberg and university.