On the 11th of February all of the updates in Club Penguin’s past took place in 2011. Some of those updates include a new igloo and a new pin.

In the igloo catalogue for February 2011 there was one new igloo, the In Half Igloo. Members could purchase it for 2,300 coins. Along with the new igloo catalogue for the month there was also a new furniture catalogue. It specialised in some new Puffle related items, as February’s theme was all about the furry little creatures. The third and final igloo related update on this day was new igloo music. There were four new tracks added. They were Brown Puffle Lab, Pre-historic Rock, Puffle Party, and Flipper Jig. 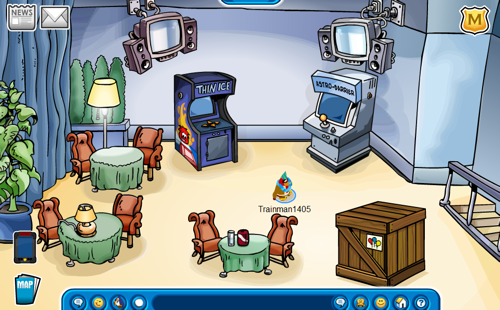