Happy February! Can you believe we’re already 1/12th through the year? Pretty crazy! Anyway, Club Penguin has only updated on the 1st of February in 2008. There were three updates. The most minor update was Rockhopper departing the island as his visit was over. Another update the release of a new pin, the Rowboat Pin. It was Club Penguin’s 52nd pin and could be found at the Lighthouse on the right wall under the Rockhopper Portrait. It was the second pin to be hidden at the Lighthouse. The final update in 2008 was a new clothing catalogue. It featured new water-related clothing for that month’s party, the Underwater Party. That party was one of my favourites! 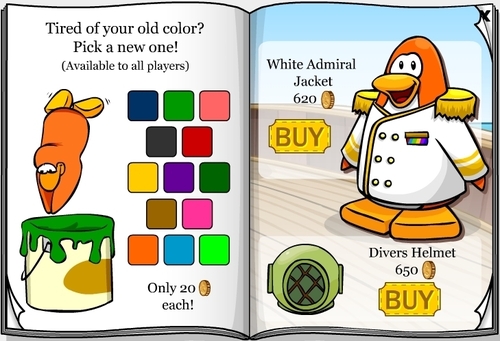