We knew February’s party was going to be musical themed, but didn’t know the specific title of the part until now…this month’s party on Club Penguin will be a SoundStudio party! It’s going to be a combination of a Music Jam and Hollywood Party. The party is being thrown in honour of Club Penguin’s upcoming new SoundStudio mobile app. The party will be themed after the genres we’ll be able to remix in the app, which doesn’t quite have an official release date yet – I’m betting February 20th.

Remember the concept artwork that was originally posted to the blog? Here’s what the completed room is going to look like: 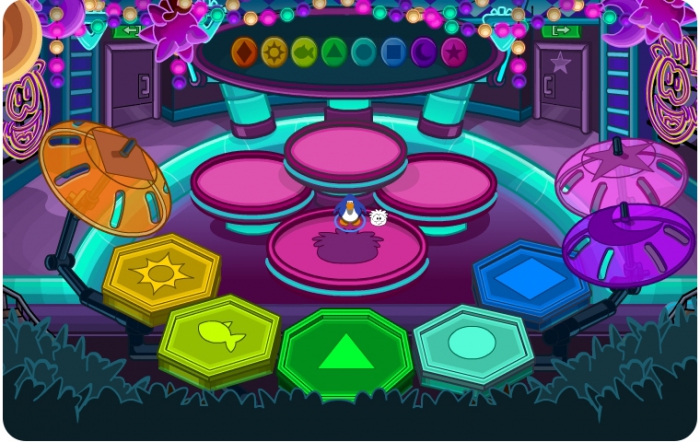 It sounds (see what I did there :P) like it’s going to be a fun party!