If you go to the Snow Forts, as long as your cache has updated you’ll see some construction at the Snow Forts for the SoundStudio Party. (and even though mine has I still don’t see it, yet I see the new newspaper and new furniture catalogue…too many bugs Club Penguin, shame on you) There isn’t much to the construction: some blueprints, a crane, a few boards, shovels, and a mallet. Due to the construction one of the forts is temporarily gone. For those of you who can’t see the updated Snow Forts on Club Penguin like me, here it is: UPDATE: Finally, after four days, the update appears for me in-game. 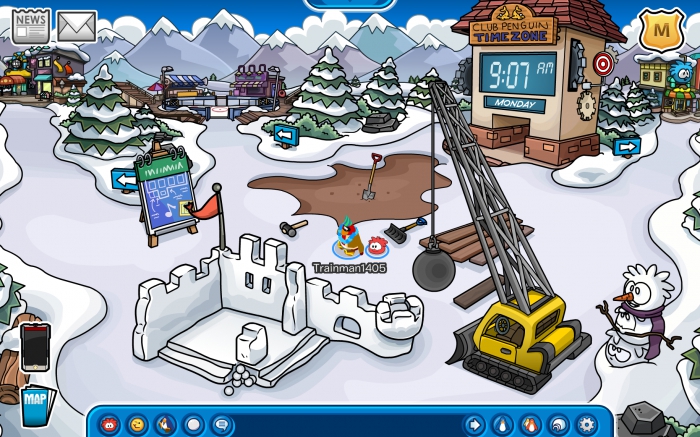 Thanks to Saraapril for bringing this update to my attention.