Also, on the Spanish Club Penguin Blog, Karlapop321 posted a code to unlock the Presents furniture item. That code is R3YES014. 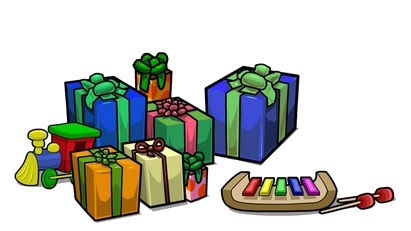