The only year with updates on the 31st of January is 2013. That year Club Penguin released their February Penguin Style, the wig icons in inventory were updated, login screens advertising the Hollywood Party were added, and Club Penguin updated their merchandise page.

The February 2013 Penguin Style is an interesting one. Several days before its release a sneak peek was posted on the Club Penguin Blog of the following cover. The gender and outfit of the penguin caused a lot of controversy, so Club Penguin ended up deleting the blog post. 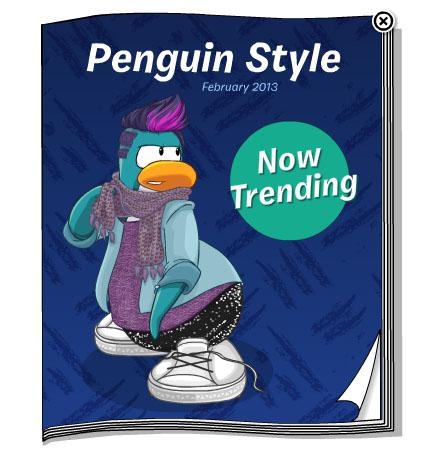 It doesn’t stop there. When the catalogue was released in game a few days later it had a different penguin on the cover, as shown below. The wig on the original cover (above) was nowhere to be found in the catalogue. 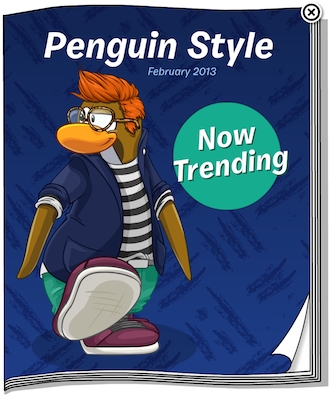 Aside from the controversy, a notable update in this catalogue was a new look for the “Your coins:” area. The main theme of the February 2013 Penguin Style was star fashion.

Besides the new clothing catalogue there was another item related update. Club Penguin changed the look of wig icons in inventories. Aside from that minor update there were two other updates. Two Hollywood Party login screens were released and Club Penguin updated the toys page on their website and renamed it to “products”.