Along with Club Penguin’s big updates such as a new Penguin Style and updating the stage toady, there have also been some minor updates. They updated the postcards, the telescope, and their homepage. Last week there was also another minor update: pay day. Here is the current selection of featured postcards. It now shows “Let’s Explore!”, “Penguins Time Forgot”, “Let It Snow!”, and “Card-Jitsu”. 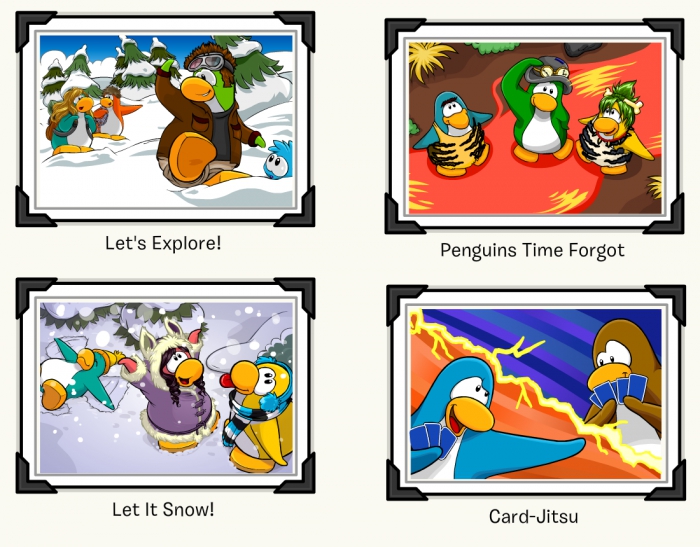 The telescope has been updated and shows a Star Wars ship in the sky. 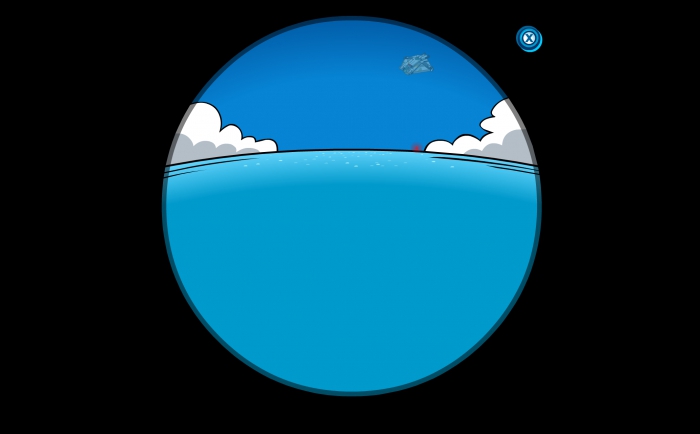 The homepage on Club Penguin has been updated to advertise Star Wars Rebels.

As for Pay Day, Tour Guides received a paycheck for 250 coins and EPF agents, even though they’ve done nothing for the past year, received another 350 coins. 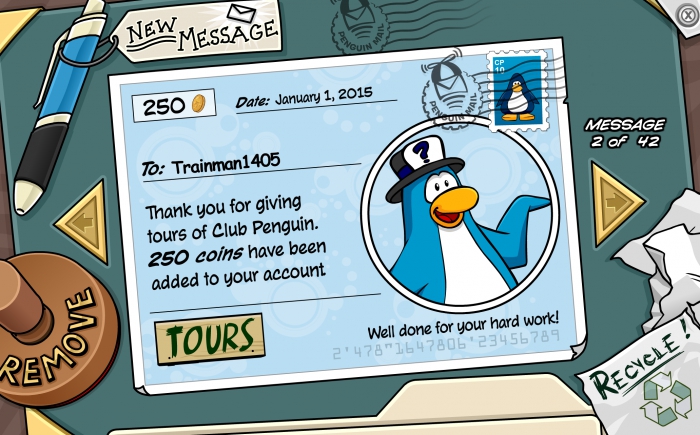