Club Penguin has released a new newspaper! This is their 8th of January edition. This is the second issue of 2015 and it brings us to a total of 481 published newspaper issues. The main headline is this week’s newspaper is about Coins For Change 2014 being a success. 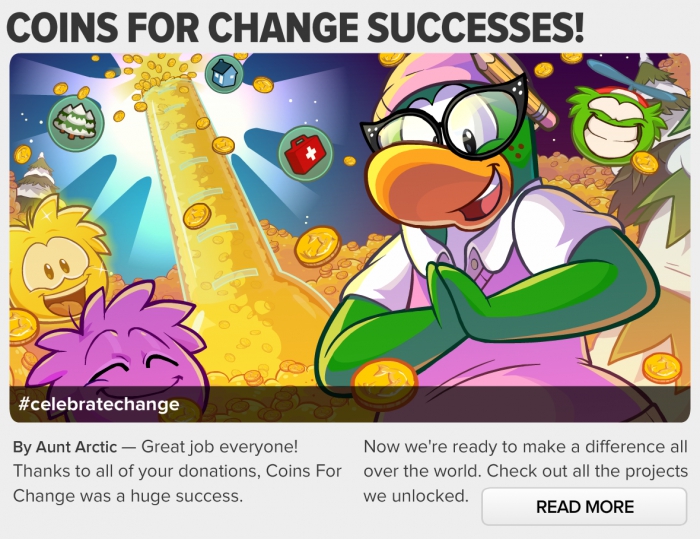 The second main article in this week’s newspaper issue is about Aqua Grabber. 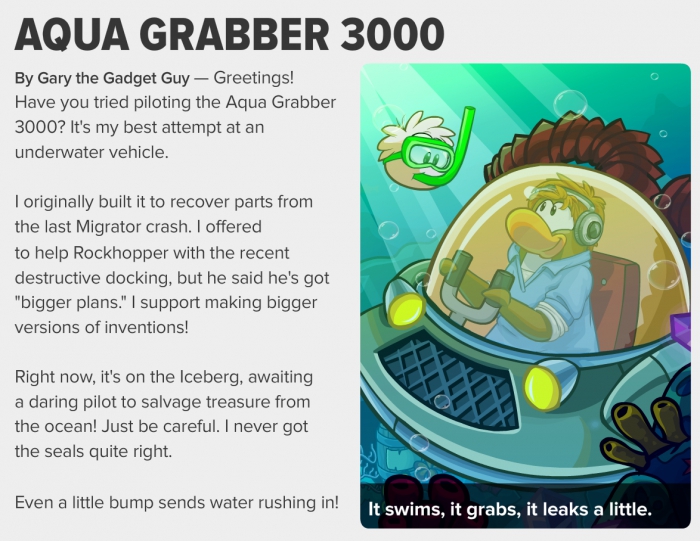 Instead of upcoming events, this week it has been replaced with Island Rumours. 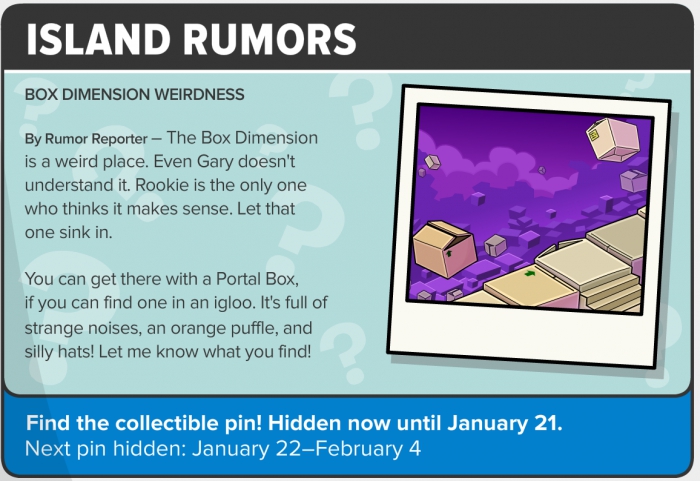