The final quest for the Star Wars Rebels Takeover is now available. You need to rescue Kanan from the prison ship. After that, if you’re a member, you can participate in lightsaber duels to earn more items and ultimately challenge the inquisitor. 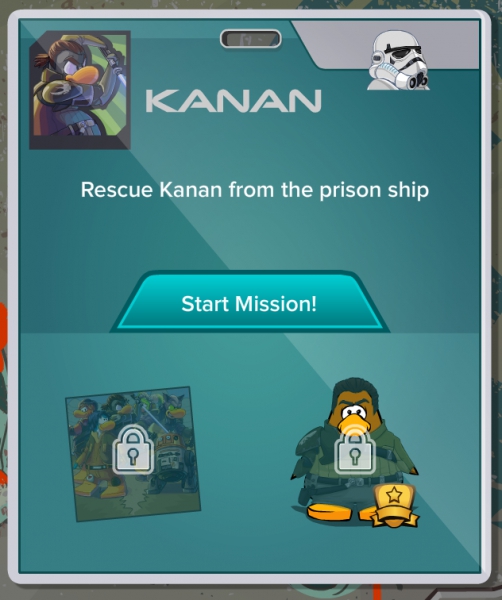 You need to throw snowballs at all of the stormtroopers. They come in groups of five. Their guns will shoot snowballs back at you, however they don’t harm you. Unlike the previous Star Wars Takeover, there’s no way to lose in the minigame. 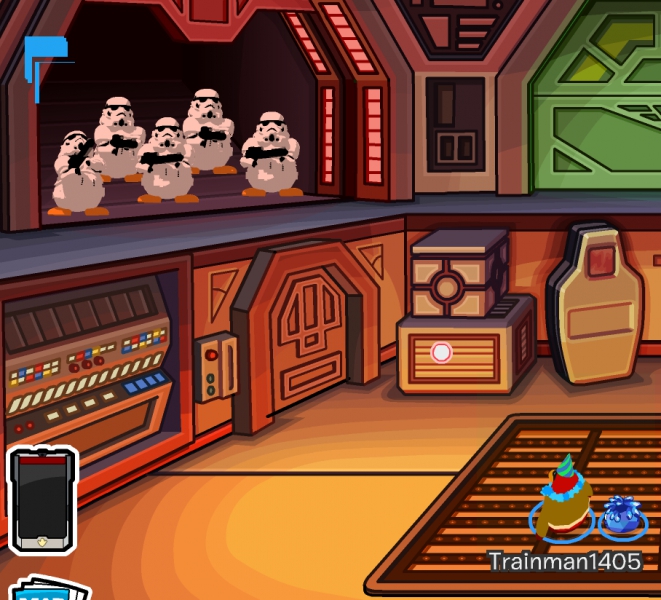 After you finish snowballing every single stormtrooper Kanan will be freed. 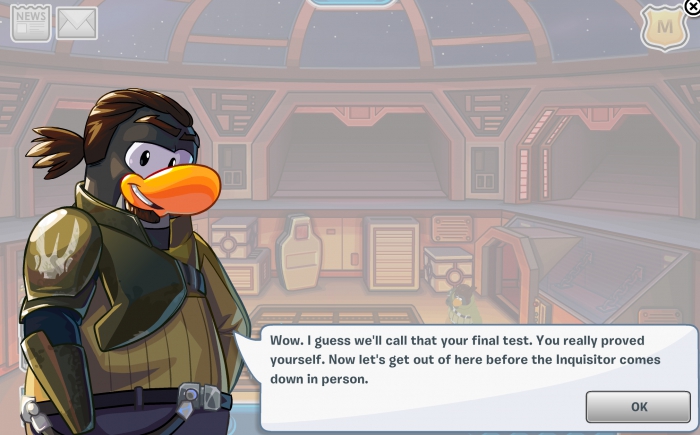 Wow. I guess we’ll call that your final test. You really proved yourself. Now let’s get out of here before the Inquisitor comes down in person. 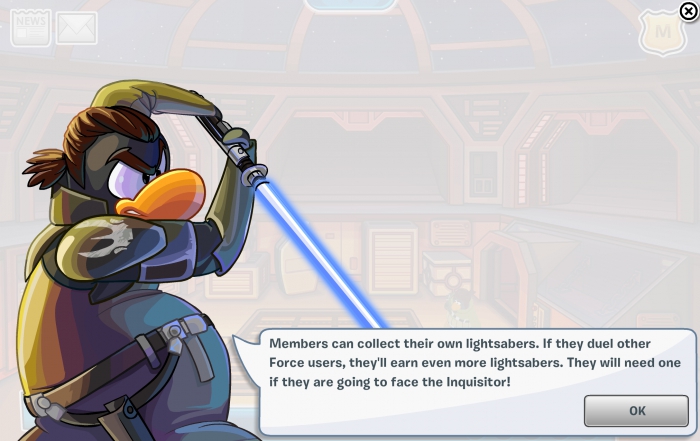 Members can collect their own lightsabers. If they duel other Force users, they’ll earn even more lightsabers. They will need one if they are going to face the Inquisitor!

Members can challenge the Inquisitor. Complete all missions to unlock a lightsaber. 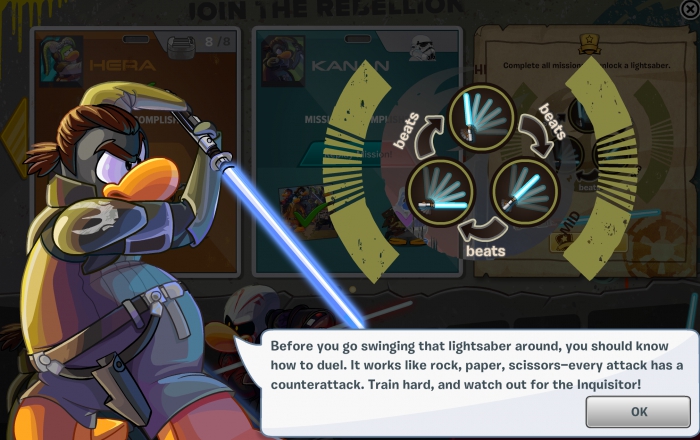 Before you go swinging that lightsaber around, you should know how to duel. It works like rock, paper, scissors – every attack has a counterattack. Train hard, and watch out for the Inquisitor!

That pretty much concludes the new content for the Star Wars Rebels Takeover! I’m glad the quests were a *little* more involved, had a little more variety, and were a little more difficult than previous ones. It’s a good start.