Late yesterday Club Penguin’s main iOS app was been updated to version 1.6. Usually the big number changes in the version signify a big update with lots of new features, but this time it’s quite the opposite. Maybe 1.6 has to do with the Android app release? This app update contains bug fixes, performance optimisation, and also removes the santa hat from the penguin on the app’s icon. 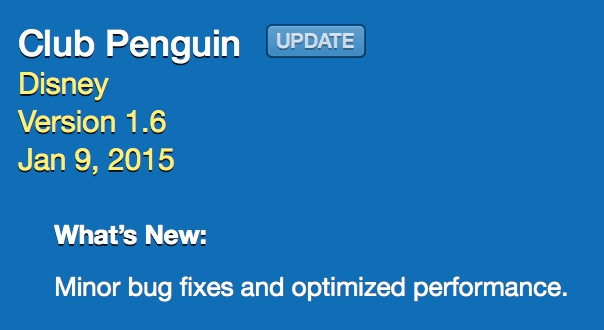 It’s possible that the app will be updated again in roughly two weeks time so the Star Wars Rebels Takeover runs smoothly, unless this update does that. The Android app, currently on version 1.6.1, has not yet been updated at all this month.