Along with the launch of the Club Penguin Android app and also a minor update to the Club Penguin iOS app, today Disney has also released an update for their Puffle Wild app. There are no new levels as of yet – instead this is a minor update. The update brings some bug fixes and optimised performance so things should run a little more smoothly in the app. 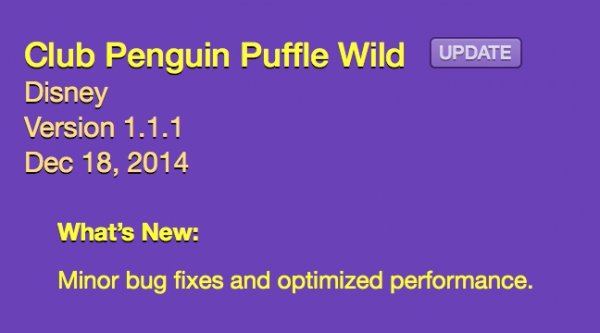 Puffle Wild is a free download from the iOS app store. It does, however, offer several in-app purchases for $1.99 each if you are a nonmember.