Two weeks has passed since Club Penguin released the Crab Lock Pin so a new pin has been hidden on the island! The new pin is the Merry Walrus Pin, and you can get it at the Ski Hill. This is Club Penguin’s twenty fifth pin of 2014. The last pin to be hidden at the Ski Hill was the Lemon Pin back in September of this year. As of this new pin a total of nine pins have been hidden in this room. I really wish Club Penguin would stop hiding pins in the same few rooms, as some rooms such as the Pet Shop have not had a pin hidden in them in ages! On the other hand, some rooms have had pins hidden in them multiple times this year. 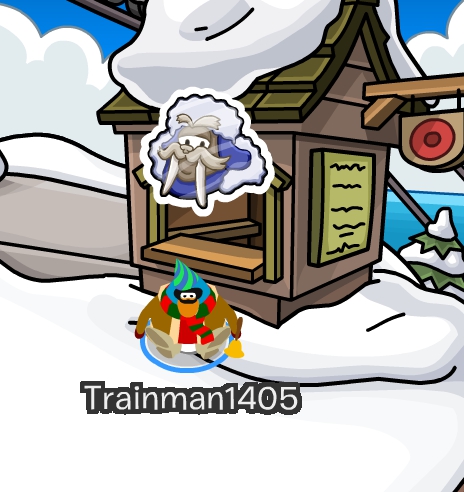