Squidzoid vs. Shadow Guy and Gamma Gal’s tenth showing is now happening at the Stage. Last week’s issue of the Club Penguin Times said it was going to be released next Thursday, the 13th of November, however that has changed and the update was moved to this week instead. The set and catalogue are the same as always. 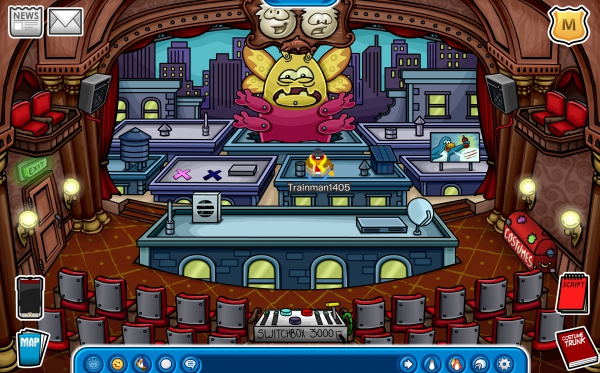 The Stage on Club Penguin is pretty much dead, which is a shame.