The final crab battle is now available on Club Penguin for the Pirate Party, and not only that – there’s finally some variety to it! To begin, go to the Cove and click on the treasure chest. 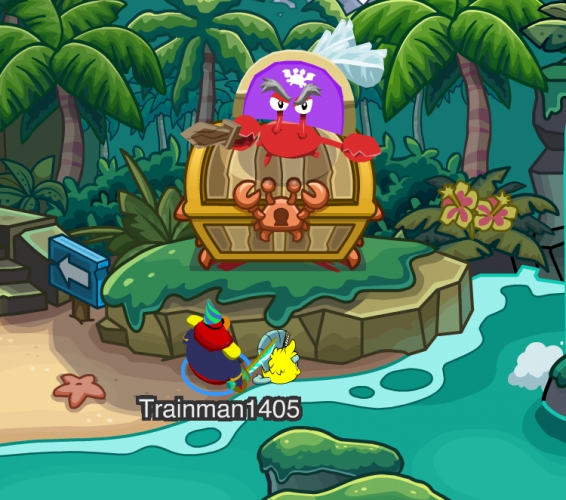 Instead of battling just three crabs, today you will be battling one giant one. However, the crab needs to be hit three times instead of just once. 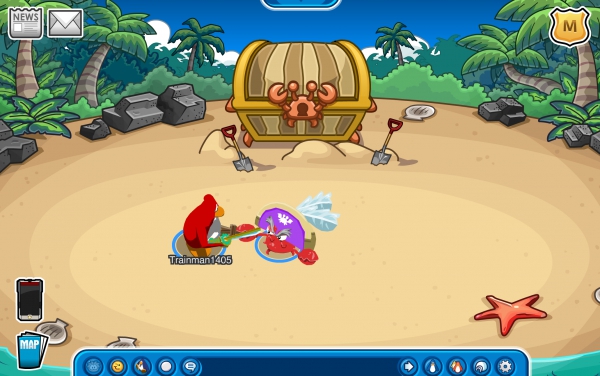 After you defeat the crab, Rockhopper will appear and speak to you. 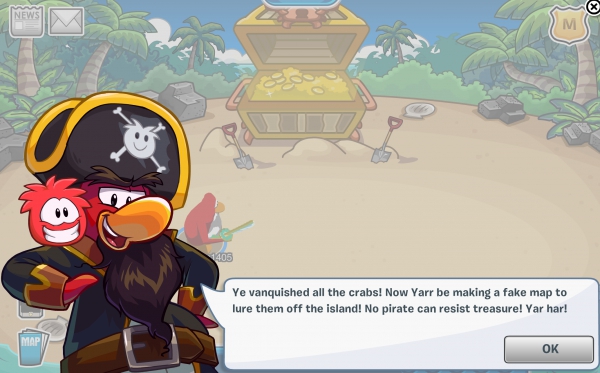 Ye vanquished all the crabs! Now Yarr be making a fake map to lure them off the island! No pirate can resist treasure! Yar har!

Clicking “OK” will then show some illustrations of Rockhopper and Yarr making the fake map. Why does the background look like the Captain’s Quarters, though, if his ship is destroyed? 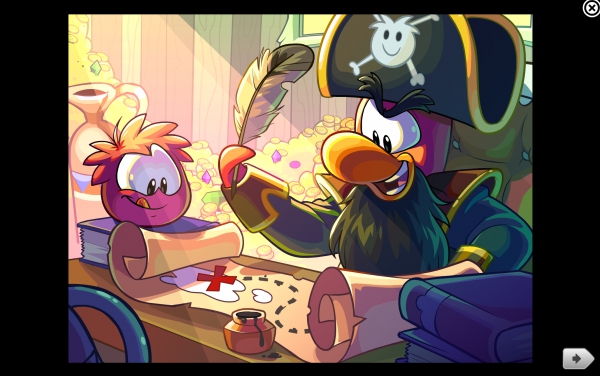 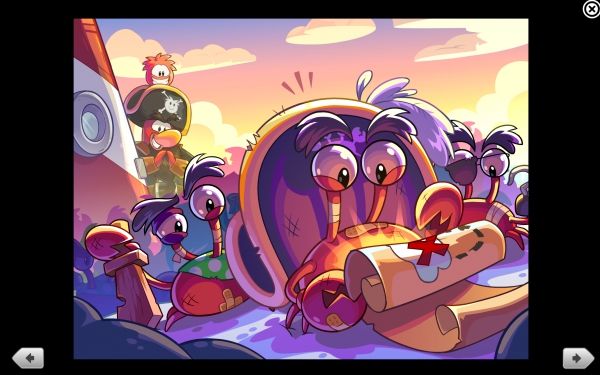 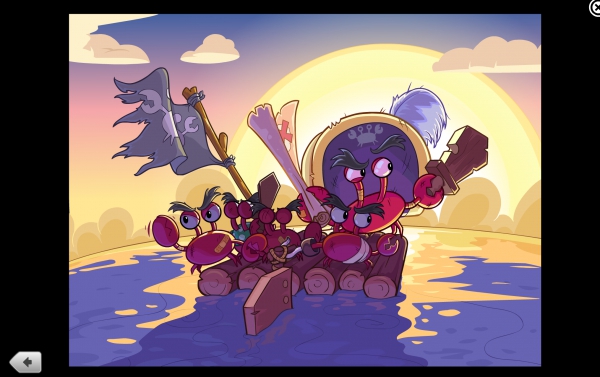 And with that, the crabs are gone. Now to repair The Migrator…

Today’s reward is the Squid Scrunch hand item for all players and the Octolegs for members. 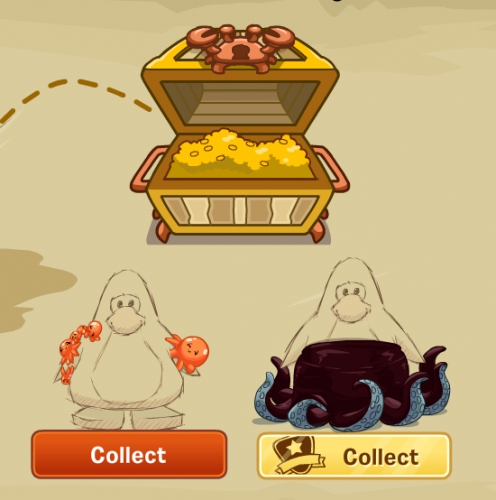 Enjoy the rest of the party! It ends a week from now on December 3rd.