Today Polo Field has officially confirmed the upcoming Puffle Wild app on Club Penguin’s blog and also said that a public beta of the app will begin soon. Unfortunately, the beta will only be limited to those in Australia and New Zealand, as they will be doing a soft launch: they’ll be releasing the app on the App Store but only for those two countries. After that it will then be released worldwide. Here’s Megg’s post:

If you like Match 3 games, you’ll love this! It’s an adventure into the unexplored wilderness of Club Penguin. You can bring your puffles to help conquer the wild. There may even be some new powerful puffles to discover… 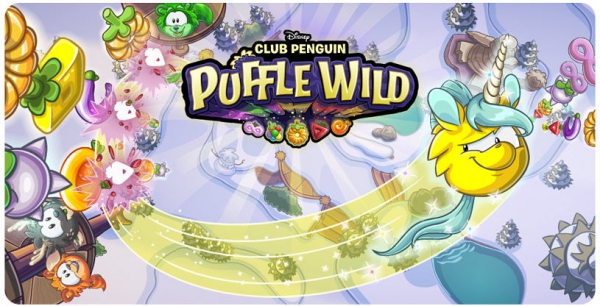 Players in Australia and New Zealand will be able to download the app and beta test it soon. The team wants to make sure everyone has a great experience with the Puffle Wild app. So we’re doing a beta test first to help us balance out the game mechanics of the experience before we launch all over the world. :)

If you don’t know what a Match 3 game is, the most popular examples would be Candy Crush or Bejeweled. I guess my prediction from July of Puffle Wild being like Candy Crush was correct. I look forward to hearing more news about the app! And yes, the image above is very similar to the one I posted last night.