While Club Penguin’s 9th anniversary isn’t until tomorrow, they have released all of their decorations. Back in 2006 their first anniversary party was literally only a day online, now it’s expanded to a whole week! There is also a new yearbook in the book room for the 2013 to 2014 year. Just like always there are pins hidden in the yearbook!
Be sure to pick up the exclusive 9th Anniversary Hat on the table. Once it’s gone, it’s gone for good! You can also unlock a stamp for blowing out the candles on the cake. 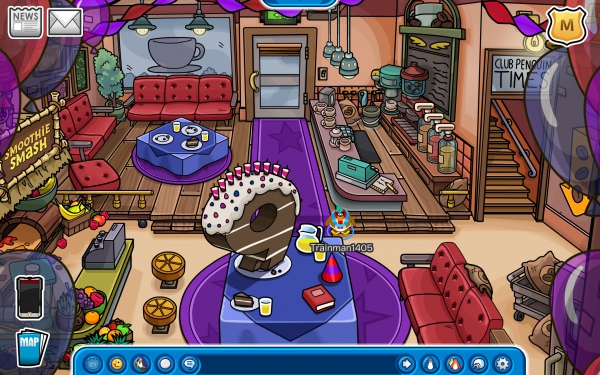 The new 2013-2014 yearbook is also on the table with the cake and party hat, or you can go to the bookshelf in the Book Room to view it. 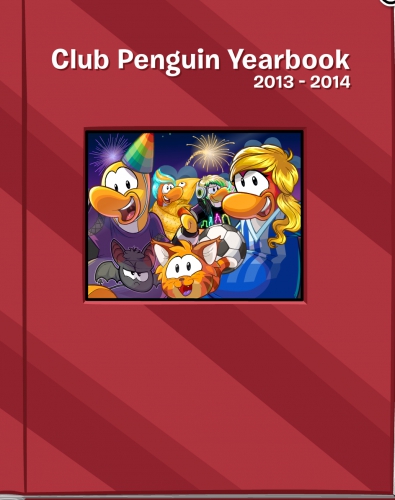 Just like in other yearbooks there is a pin hidden from each month, however you can’t collect them. For October 2013 click the jack-o-lantern on the book for the Prank Fangs Pin. 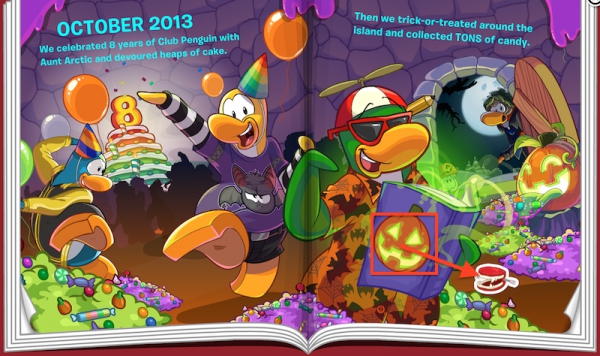 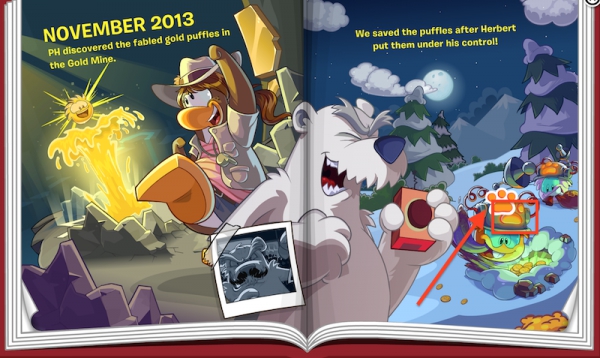 For December 2013 click the Coins For Change logo for the Ornament Pin. 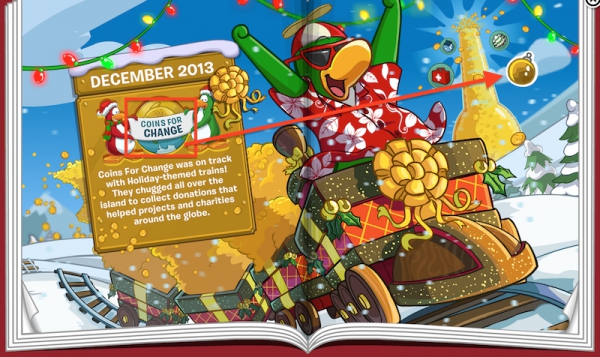 For January 2014 click the Red Triceratops Puffle for the Dino Snack Pin. 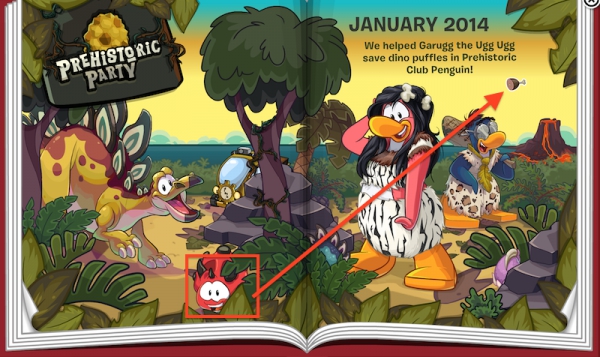 For February 2014 click the Fair logo for the Pixel Puffle Pin. 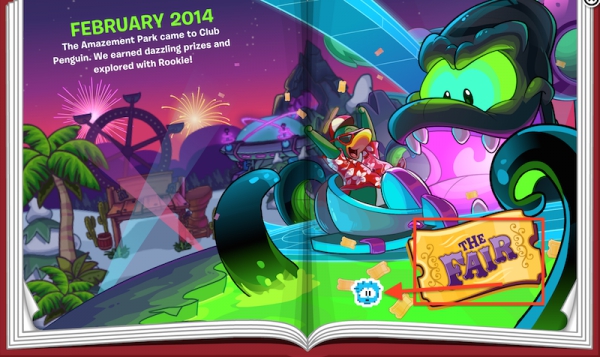 For March 2014 click the suitcase for the Piñata Pin. 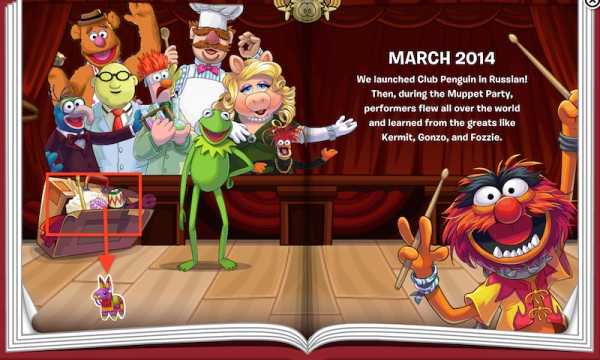 For April 2014 click the Dog Puffle for the Puffle Park Pin. 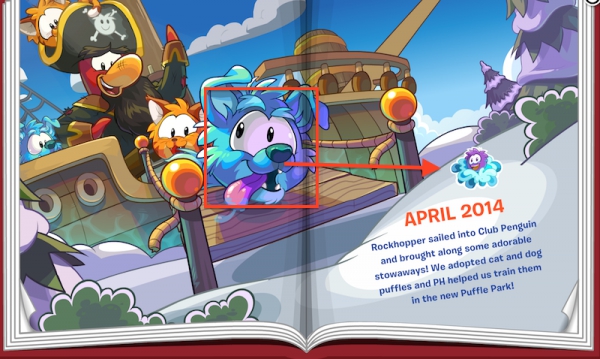 For May 2014 click the UFO for the Space Academy Crest Pin. 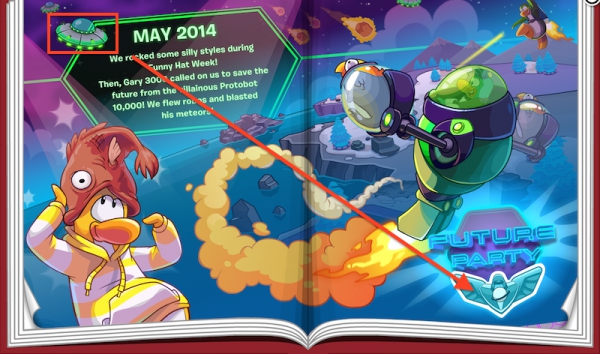 For June 2014 click the trophy for the MVP Pin. 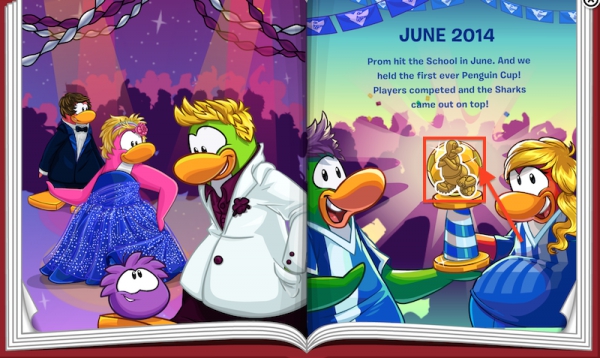 For July 2014 click SoundStudio for the Cruise Ship Pin. 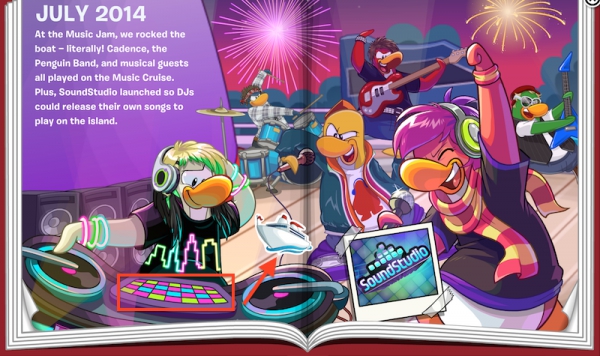 For August 2014 click the snowflake in Elsa’s hand for the Snowman Puffle Pin. 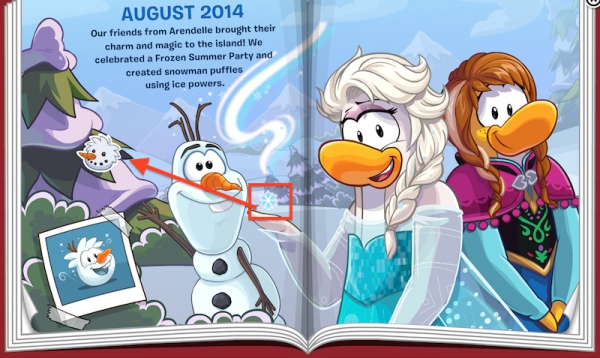 Finally, for September 2014 click the Puffle drawing for the Lemon Pin. 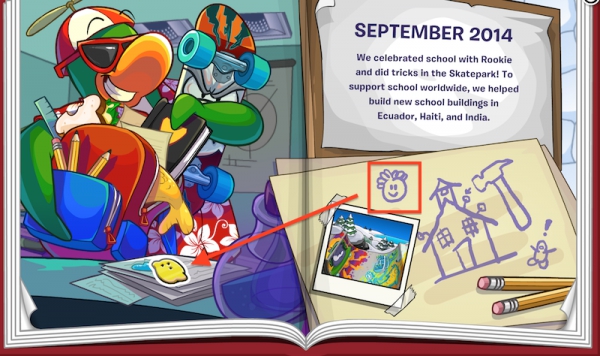