Club Penguin has released their new pin! As a result the Arendelle Pin is no longer at the School, even though it really hasn’t been there at all in the past week due to a bug. Instead, the new pin, the Snowman Puffle Pin, can be found at the Lighthouse Beacon. This is Club Penguin’s seventeenth pin of 2014. The last pin to be hidden at the Lighthouse Beacon was the Calculator Pin back in August 2013. As of this new pin a total of seven pins have been hidden in this particular room. 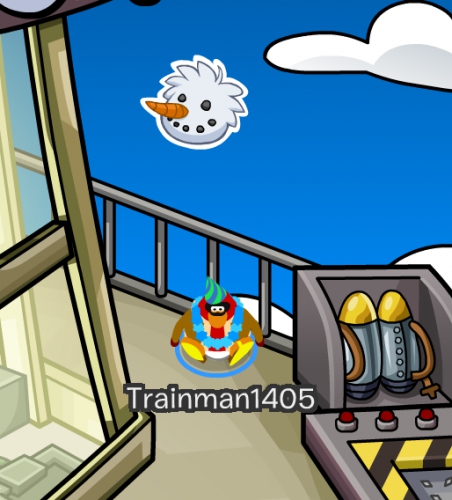