Club Penguin has released their new pin! As a result the Cruise Ship Pin is no longer at the Cove. Instead, the new pin, the Arendelle Crest Pin, can be found at the School. This is Club Penguin’s sixteenth pin of 2014. The last pin to be hidden at the School was the Puffle Park Pin back in April of this year. As of this new pin a total of two pins have been hidden in this particular room. 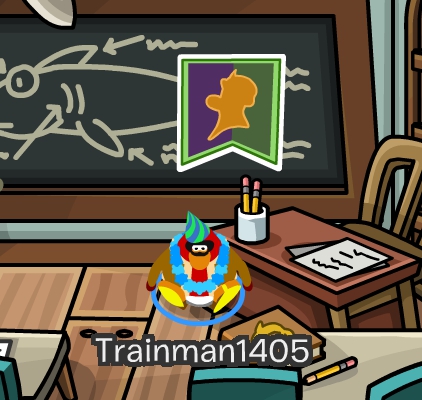 For those of you who do not know, Arendelle is the name of the kingdom in Frozen. How do you like the new pin?