If there’s one thing I love about the Club Penguin community, it’s creativity. Club Penguin is what really got me (and others!) interested in computers. If I hadn’t joined Club Penguin back in 2006 I don’t think I’d be nearly as interested in computers as I would be now. One thing a lot of the Club Penguin Community seems to have taken an interest in is coding. Whether it be websites,a computer program, or an app, us penguins have created many impressive projects with code. One such program created by a player would be Puffle Tap by Lucas806, a Flappy Bird like game but Club Penguin style. It’s a fun game for iOS, Android, and can also be played on the web. The game is simple: you’re a Green Puffle floating in the air and you have to tap the screen (or click if you’re playing on the computer) in order to navigate your Puffle through the game without hitting the pipes. Sound easy? It’s not. ;) 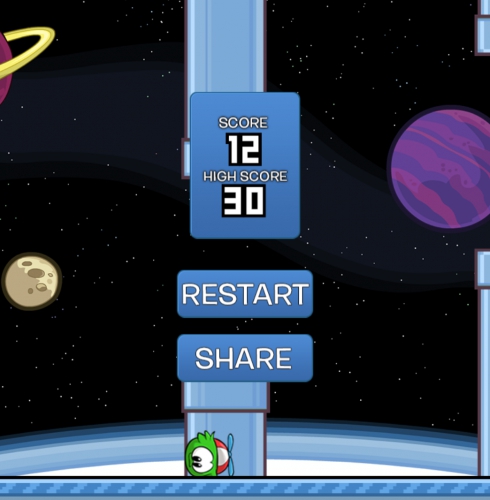 Puffle Tap can be played on the web here or you can download it for free on iOS and Android. Happy tapping! What’s your high score? I can only get to 30, and that was with a lot of tries.