The other day Spike Hike tweeted a clue about the future of #WaddleOn and Green Ninja has been about to confirm with Spike what Club Penguin’s future plans are!

Last Thursday Spike Hike tweeted the following, as some of you may have seen:

Painter Bird will be working on a secret project that we hope will make a BIG splash on your screens later this year! #WaddleOn!!!

Note how he used the words “big” and “screen” in his tweet. While Spike Hike did not say big screen together, he was definitely hinting about a movie as when people say big screen they mean movie or television. While a Club Penguin movie in theatres sounds a bit far fetched, one thing Disney does a few times a year is air a Disney Channel Original Movie, such as Teen Beach Movie or Phineas and Ferb The Movie: Across the 2nd Dimension. (My personal favourite DCOM is Minutemen from 2008)

Powder Ball was interviewing Spike Hike recently and he said the following: 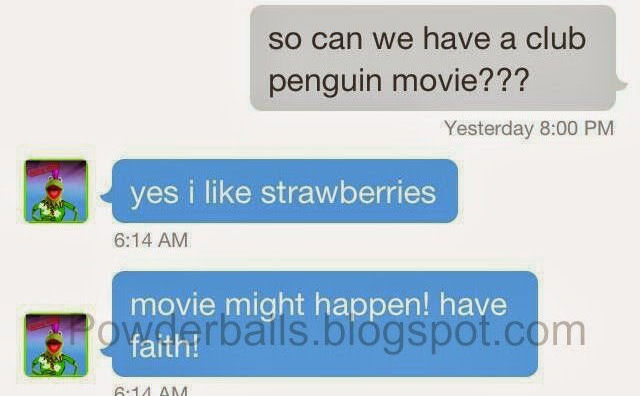 After hearing about that Green Ninja sent him a DM asking if it was true. Spike Hike’s response? Yes, a one hour animated movie will be coming to Disney Channel later this year!

Pretty cool! I wonder what it will be about…