It’s time for a new Disney Game on hosted by Hallie! This time she is talking about the Muppets World Tour, which is this month’s party on Club Penguin. There are plenty of spoilers in the video.

Here is a transcript of the video:

Hallie: Hey guys, Hallie here with my biggest news yet. The one and only Muppets are teaming up with Club Penguin and throwing an epic event. It’s the Club Penguin Muppets World Tour, and you’re invited.

Kermit: Oh, wow I didn’t know that you could-

Miss Piggy: Oh oh, sorry I’m late. I was just trying to figure out what to pack for the big Miss Piggy in the penguin world.

Hallie: The whole gang will be there. Fozzie, Gonzo, Animal, and of course you and Kermit!

Miss Piggy: There I am! On the island! But what about Paris, Rome, London?

Hallie: Well there are activities that take place in nine different countries and locations all around the island! Players can meet up with a Muppet in each place and practice their act. You can run with the bulls with Gonzo in Spain or learn to play drums with Animal in Brazil. You can play maracas with Pepe in Mexico, or-

Miss Piggy: But do any of them happen to feature me?

Hallie: Absolutely! We couldn’t forget you!

Kermit: Hey look there Piggy, that’s you singing in England!

Piggy: Of course I am! I am practically royalty.

Hallie: Once players perform an act with a Muppet in each location, every player will get a chance to rock out with the entire Muppet game during the party!

Hallie: Members can get costumes and dress up as some of their favourite Muppets.

Kermit: That Kermit makes a pretty handsome frog if I do say so myself!

Miss Piggy: Kermy, he’s no you!

Kermit: Oh, well, who’s ready to get this Muppets Show on the road, huh?

Miss Piggy: I guess I’ll break it to the penguins. Sorry boys, the trip is off. But you can still play online!

Hallie: The Club Penguin Muppets World Tour starts March 20th. Just ask a parent first and log on to ClubPenguin.com. And you can also catch Kermit, Miss Piggy, and the whole gang in Disney’s Muppets Most Wanted. In theatres March 21st, rated PG.

Here are the sneak peeks from the video. You can see an Orange Cat Puffle in the beginning: 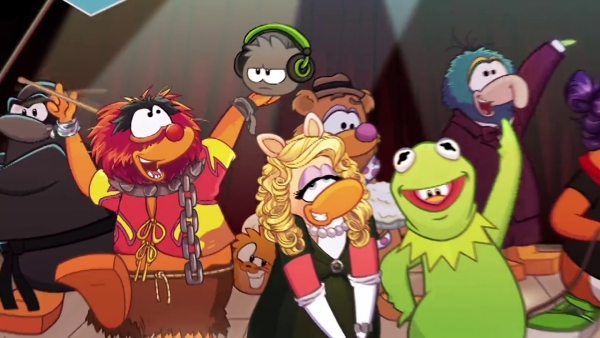 And also a Puffle Chicken: 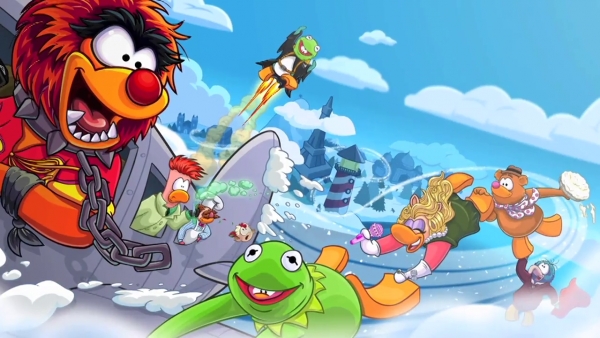 Here are the rest of the images: 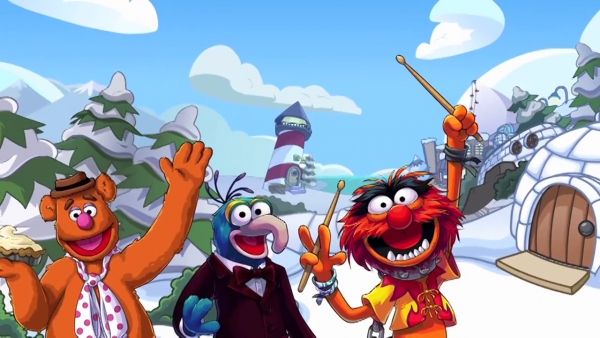 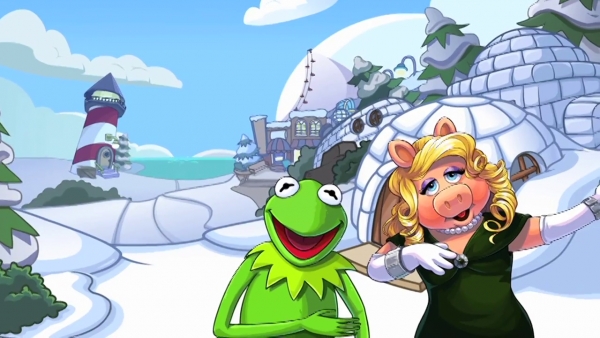 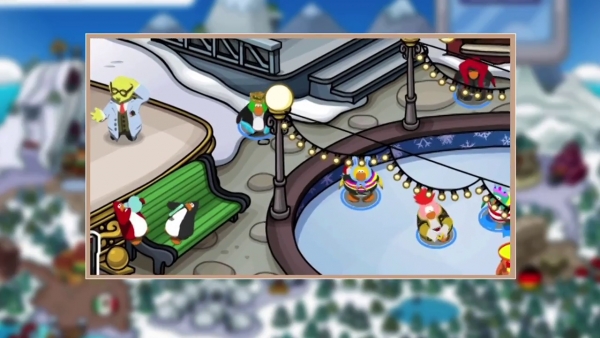 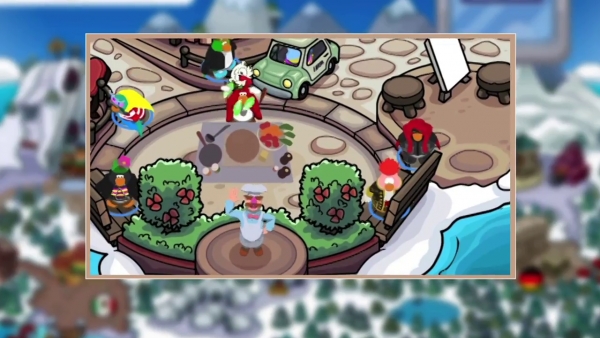 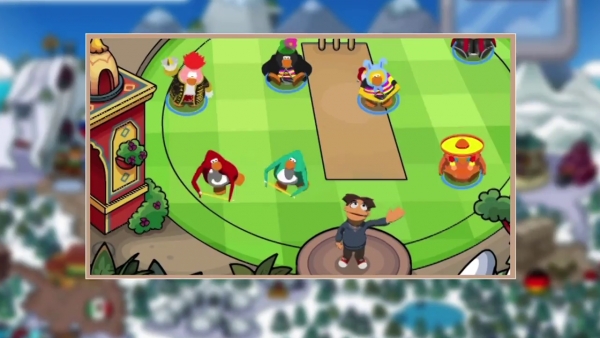 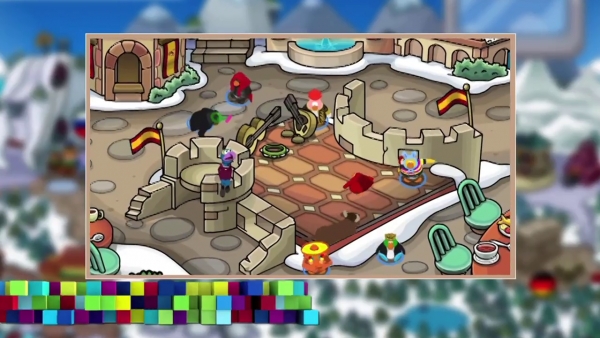 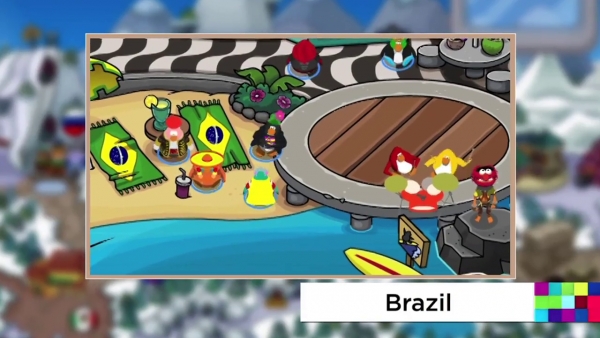 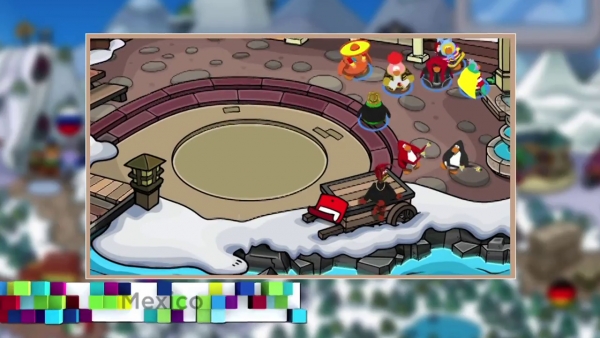 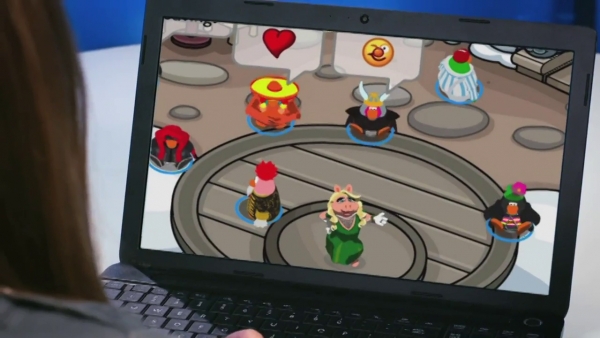 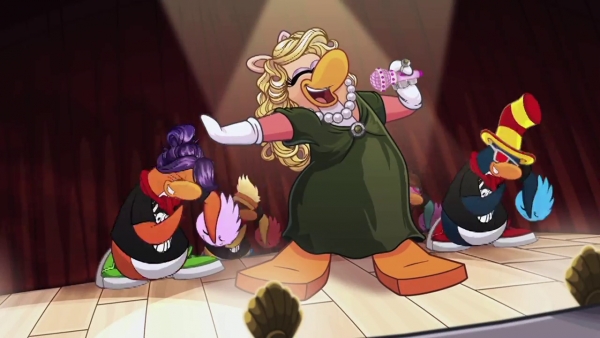 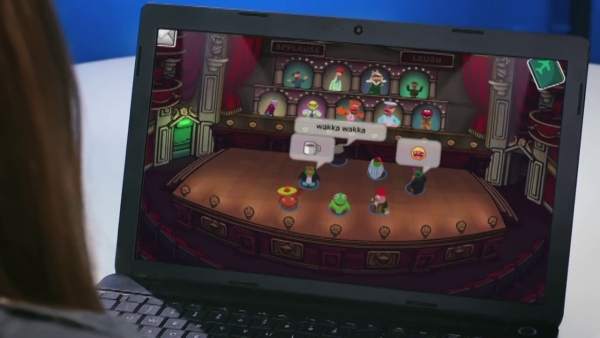 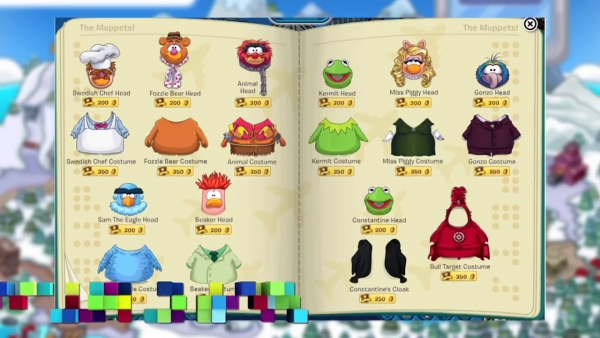