Club Penguin has released a new newspaper! This is their 20th of March edition. This is the twelfth issue of 2014 and brings us to a total of 439 published newspaper issues.

The main headline is this week’s newspaper is an interview with Kermit The Frog. 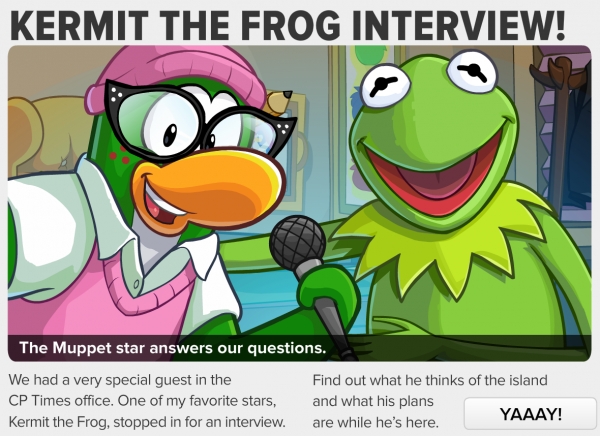 The second main article in this newspaper issue is about the first stop of the Muppets World Tour being located in Germany. 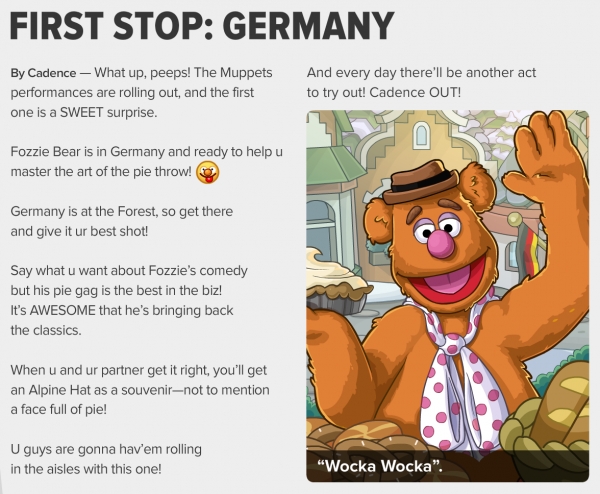 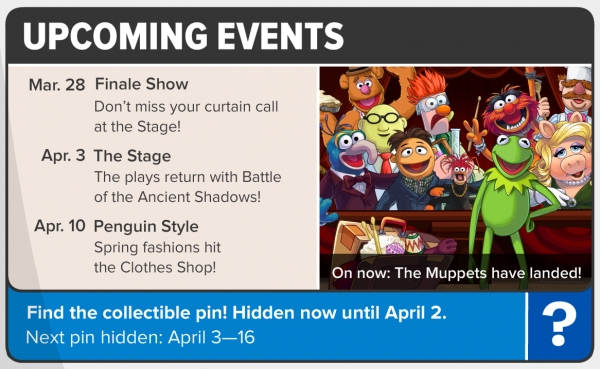 Be sure to check page two of the newspaper for more content!