Polo Field has posted a sneak peek of next month’s furniture & igloo catalogue on Club Penguin’s Portuguese Blog. His sneak peek is of the page with the Airplane Igloo, which will be released on March 13th. The igloo costs 1,200 coins. 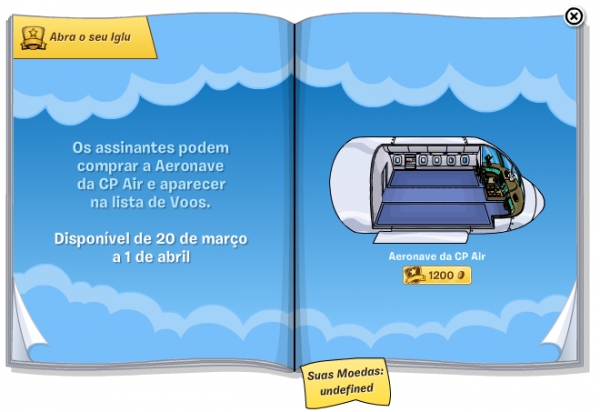 For those of you who do not speak Portuguese, in English it reads:

Members can purchase the Aircraft from CP Air and appear in the list of flights.

This means at the Muppets World Tour Party there will be another one of those lists penguins with the Airplane Igloo will appear on.

UPDATE: This image has finally been posted to Club Penguin’s English blog. 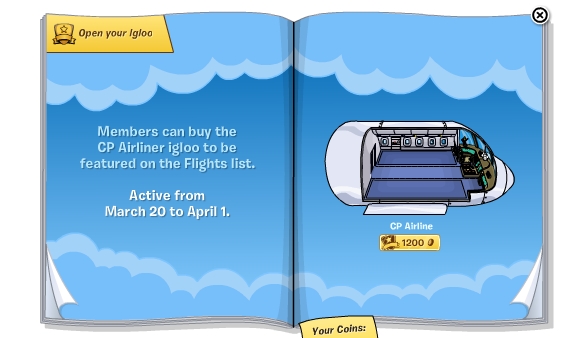 Members can buy the CP Airliner igloo to be featured on the Flights list.

Active from March 20 to April 1st.