Daffodaily5 has posted this week’s Penguin of the Week on the official game blog! The penguin featured this week is Jericv. Here is what Daffodaily wrote about him:

Thanks for nominating your buddies to be Penguin of the Week, everyone! There were soooo many to choose from this week but finally I selected Jericv, who has been playing Club Penguin since 2006! Wow!

In that time they’ve mastered Pizzatron 3000, completed all EPF missions and still finds time to give loads of tours and be a brill friend to everyone! They also enjoy telling loads of jokes, just like me! You can use this “Official” Daffo-Joke; “A book just fell on my head… I only have my-shelf to blame!” :D 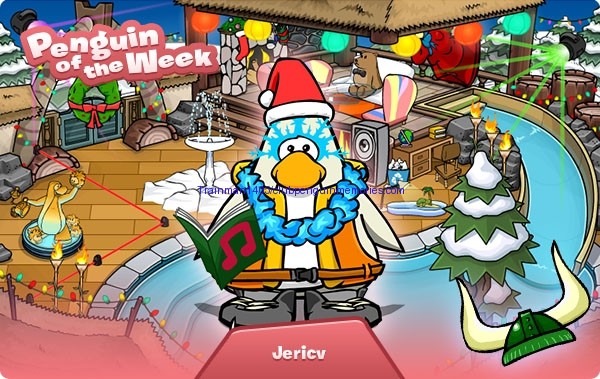 I dig the red they used instead of blue for his picture. :P As a reward Jericv has received 10,000 coins and the Green Viking Helmet. Congratulations!

If you have a penguin you would like to nominate for Penguin of the Week you can comment with their name and reason on the blog post.

One thought on “Club Penguin’s Penguin of the Week: Jericv”