Club Penguin has released a new newspaper! This is their 19th of December edition. This is the fifty first issue of 2013 and brings us to a total of 426 published newspaper issues.

The main headline is this week’s newspaper is about Rookie riding trains. 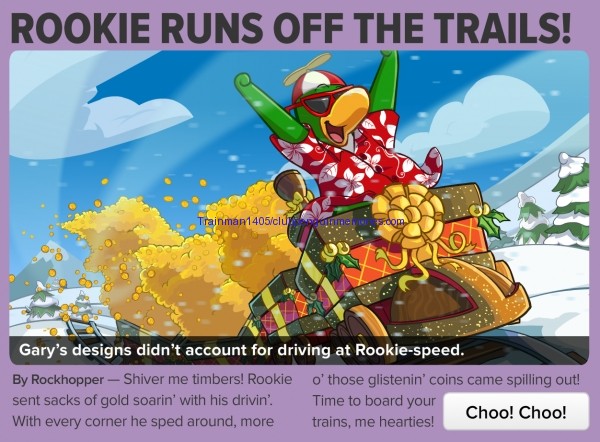 The second main article in this newspaper issue is about collecting coins for Coins For Change. 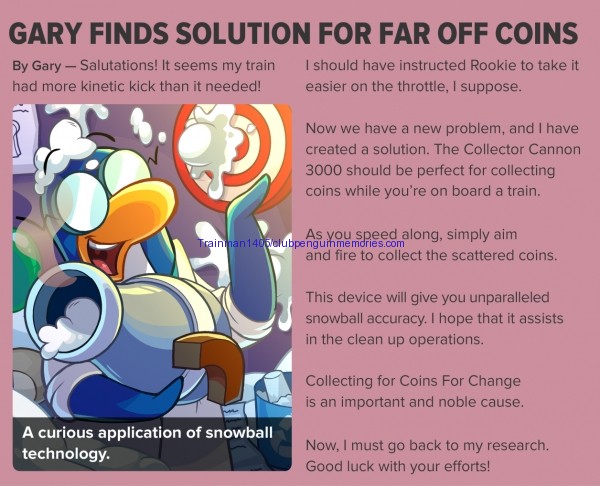 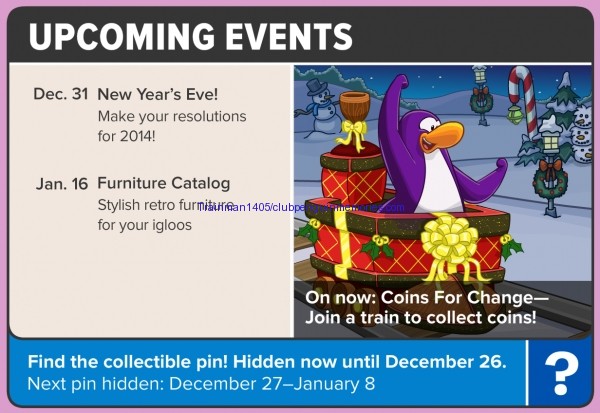 Comics are now back in the newspaper! They will be located on page two. Here is this week’s comic. The one this week is quite funny! 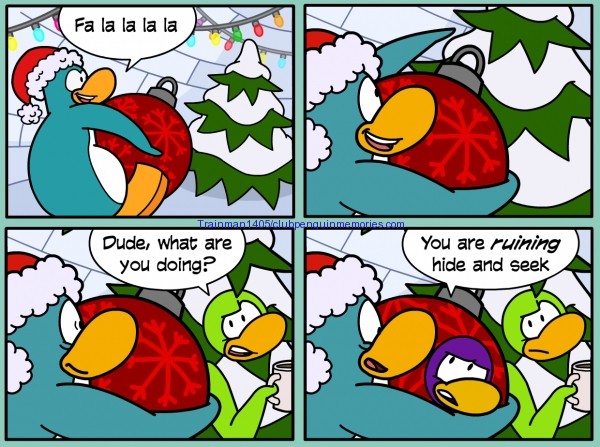