Club Penguin has released their new pin! As a result the Scissors Pin is no longer at the Forest.  Instead, the new pin, the Herbertech Logo Pin, can be found at the Lighthouse. This is Club Penguin’s twenty third pin of 2013. The last pin to be hidden at the Lighthouse was the Carabiner Pin back in August 2010. As of this new pin a total of seven pins have been hidden in this particular room. 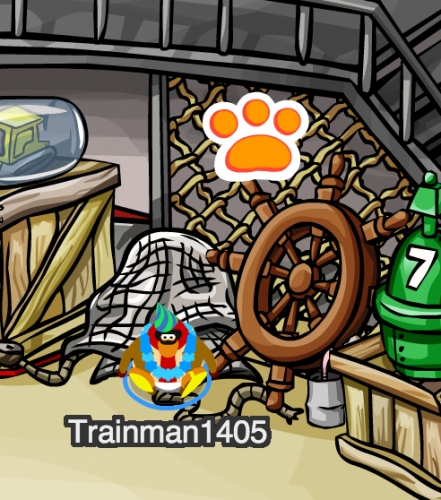