It’s been a few months since the huge My Penguin 1.2 was released but that doesn’t mean development has stopped! In addition to working on My Penguin for the iPhone and Android the team is also working on another update for the iPad app. While no release date has been given, Spike Hike did say they’re testing it for a few weeks and then submitting it to Apple.

We just branched on next #MyPenguin update! Still a few weeks left for us to QA and submit to Apple but a new world of fun is coming soon!

I’m going to guess it will be out towards the middle of December, probably close to Christmas – that way penguins who receive an iPad from Santa or a relative for the holidays can get the latest and greatest version of My Penguin!

What do you think will be in My Penguin 1.3? More games? Minor features? I have a feeling Puffles will be viewable in igloos with this update, as currently they don’t appear. Who knows, maybe My Penguin 1.3 will be all about Puffles! It would be cool if you could adopt them and take care of them directly from the app.

In Spike Hike’s screenshot above you can also see a map icon in the bottom navigation bar. Currently it’s just a joystick. 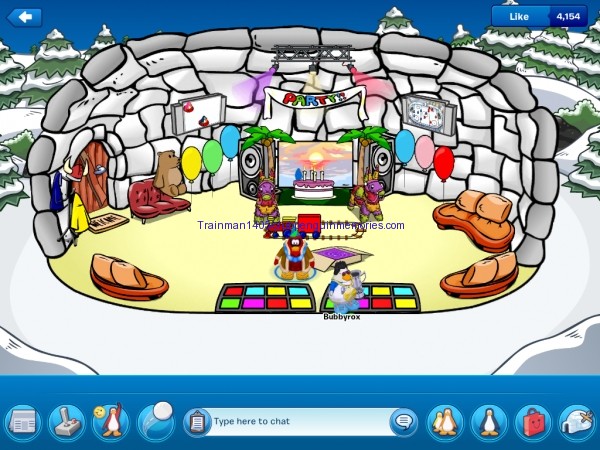 When Club Penguin shares more news about this upcoming update I will definitely post about it.