Club Penguin has released a new newspaper! This is their 7th of November edition. This is the forty fifth issue of 2013 and brings us to a total of 420 published newspaper issues.

The main headline is this week’s newspaper is about the collapsing of the Cave Mine. 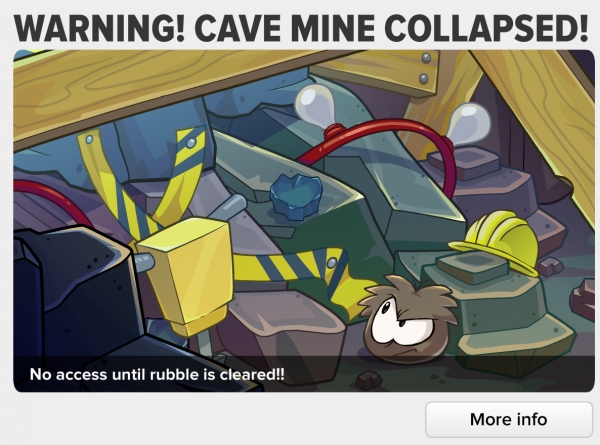 The second main article in this newspaper issue is about finding pages from Garianna. You may remember her from the Medieval Party. 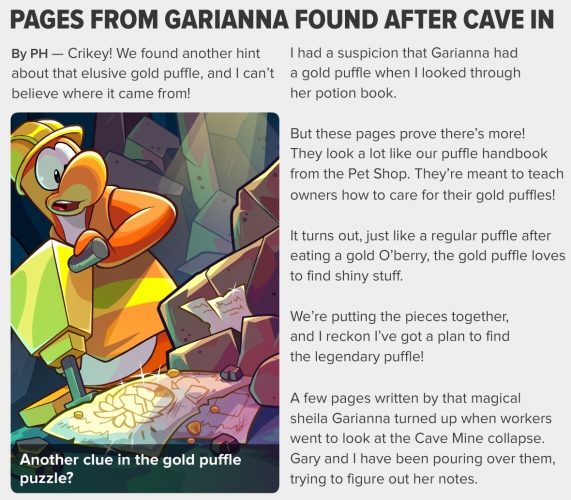 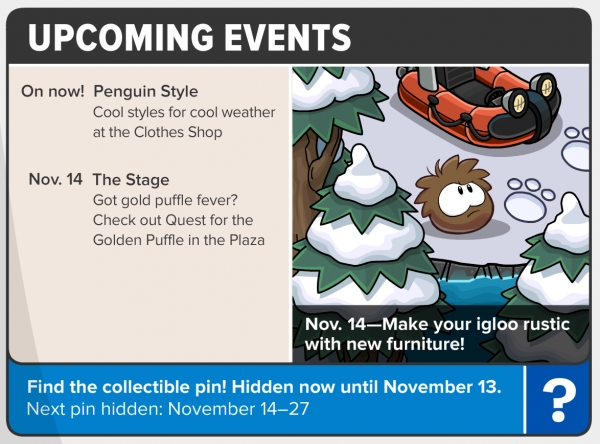 On page two there is a secret message from The Director. Thanks Doki5555! 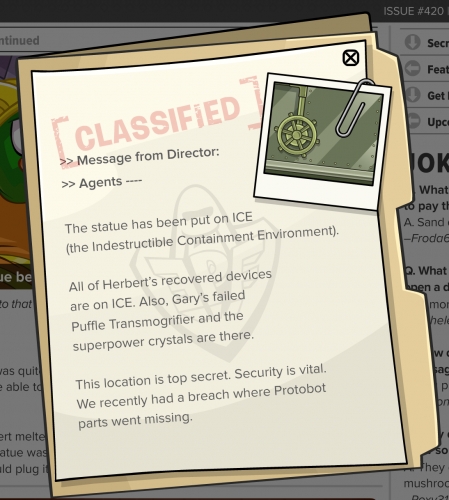 The statue has been put on ICE (the Indestructible Containment Environment).

All of Herbert’s recovered devices are on ICE. Also, Gary’s failed Puffle Transmogrifier and superpower crystals are there.

This location is top secret. Security is vital. We recently had a breach where Protobot parts went missing.

13 thoughts on “Club Penguin Times Issue #420 – Warning! Cave Mine Collapsed! (Plus Secret Message From The Director)”