For those of you who follow Polo Field on Twitter you may have seen some of his tweets mentioning the game’s new upcoming podcast ‘The Spoiler Show’.

Working on a new video concept with @ninjachat3 and our intern Megg. Thinking of calling it "The Spoiler Alert." :)

Here's a little spoiler of our new show idea, The Spoiler Alert… It's going to be sort of like a podcast, but with video. :)

I'll post more interesting spoilers as I have 'em. Ninja's working on graphics, while Megg and I work on scripts and ideas. :)

Anyway, while details are currently scarce Club Penguin has tweeted a sneak peek of the show’s logo: 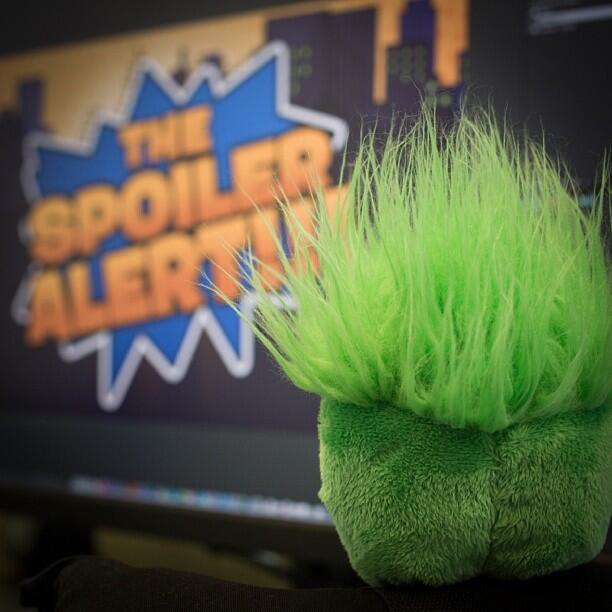 I wonder what the show will be about? Sneak peeks? Talking about future updates?