It’s that time again! Because the Medieval Party is under two weeks away there is a new Game On commercial airing on Disney Channel. This commercial highlights both the Medieval Party and the new My Penguin app update. Unfortunately I was only able to record a low quality version of the commercial due to technical difficulties however I should have a 720p HD version up by later today (Saturday) or early tomorrow, Sunday. :) UPDATE: As promised, the 720p HD version is now uploaded!

As usual, Hallie, the host, gives us the rundown. Note the dragon on the left. 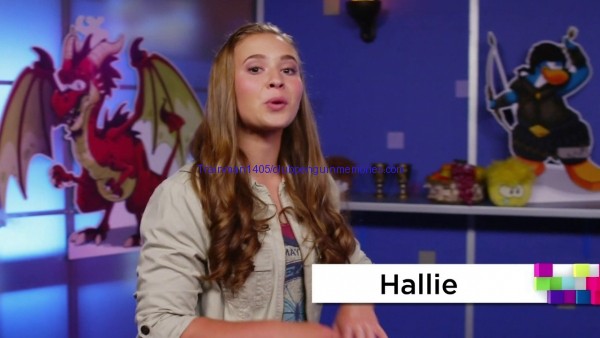 Here’s a room sneak peek as well as the usual logo: 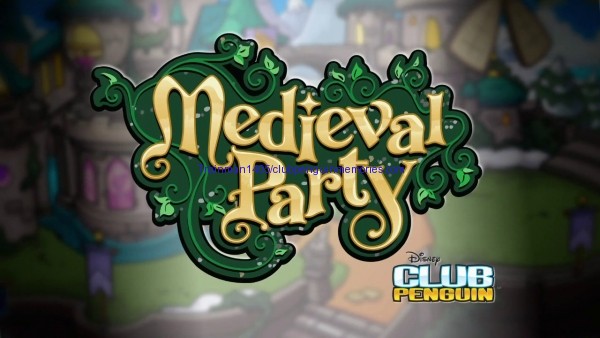 Gary is going to be at the party and spells will be a huge part of this party. 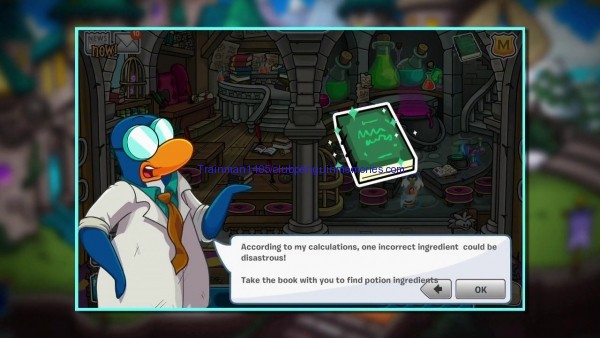 Here’s what Gary is saying:

According to my calculations, one incorrect ingredient could be disastrous! Take the book with you to find potion ingredients. 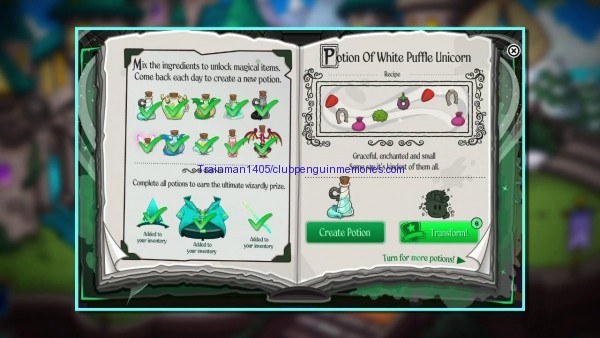 The Potion of Ogre Size: (makes your penguin bigger) 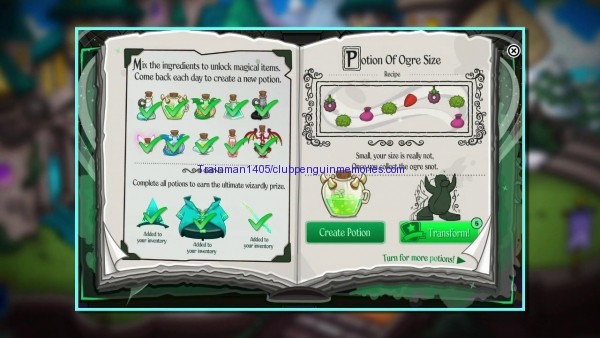 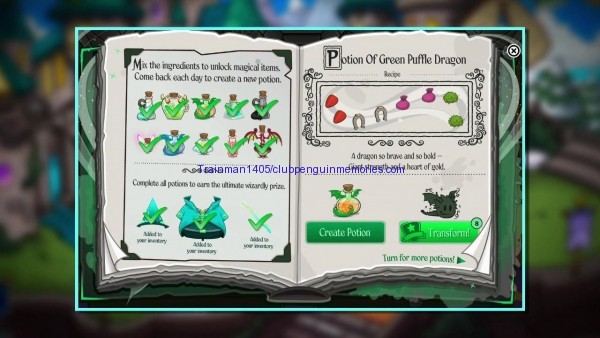 Potion of The Vanishing: (maybe it makes you invisible like a ninja?) 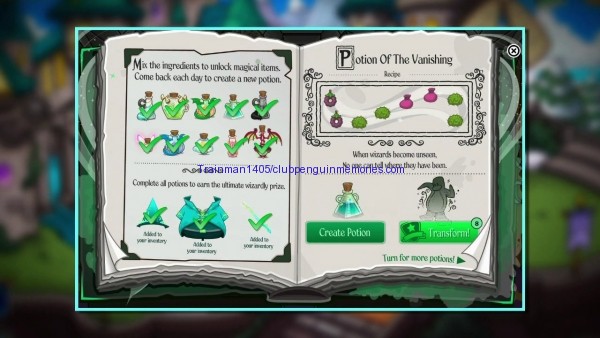 How are the potion ingredients found? They’re from a minigame everyone can play. 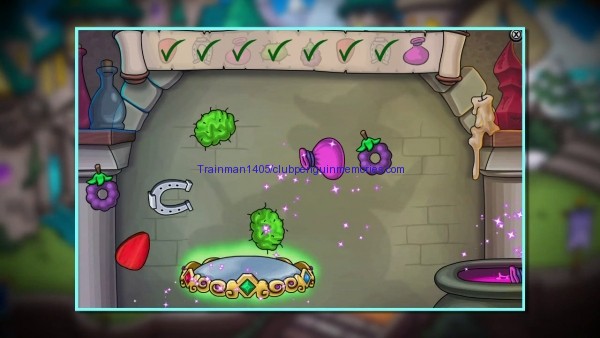 An outfit behind Hallie: 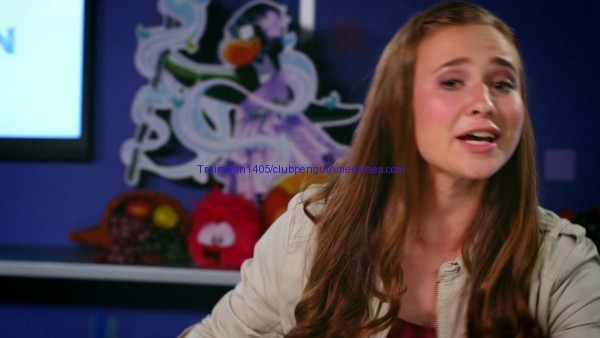 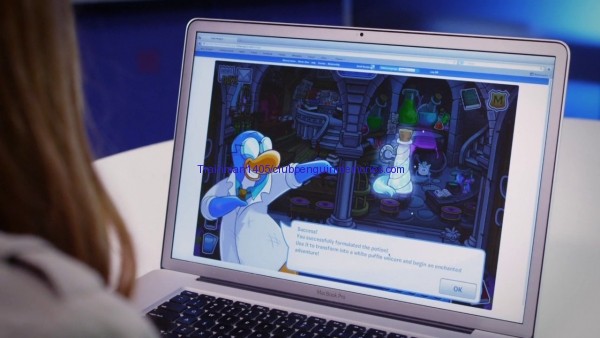 Here’s one of the backgrounds and the party room. The penguin, Smee001, has 500,000 coins, unreleased stamps, and the old PSA spy phone. In a photo above they have the EPF spy phone instead! 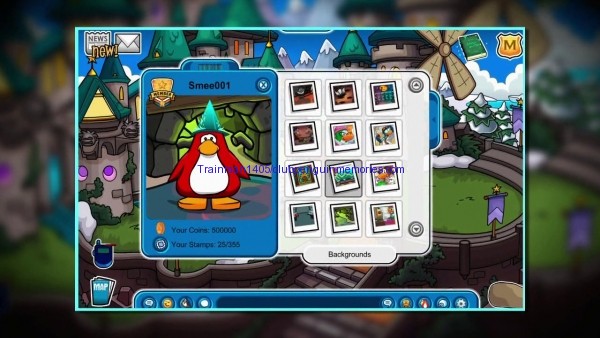 Here’s a glimpse of one of the rooms, the Dock I think. This is the White Puffle Unicorn: 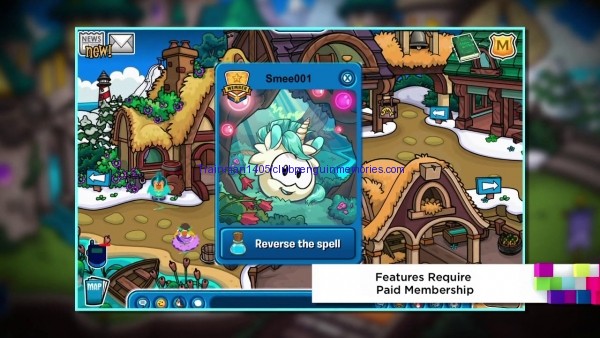 The penguin of Ogre size and also the other penguin is wearing what looks like unreleased items. 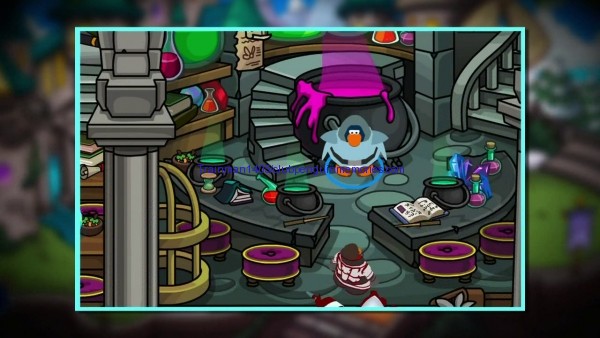 There’s another penguin in a Dark Green Dragon Costume. 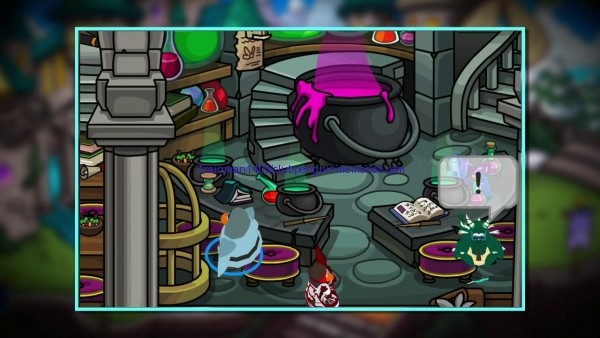 Finally in the My Penguin app members can get these exclusive items. These are available right now, so if you have an iPad go and get them! 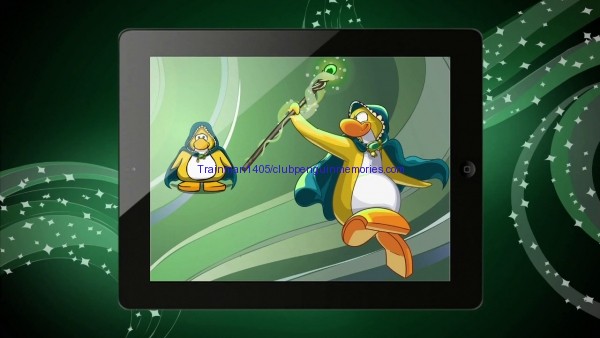 Thanks Green Ninja for telling me there’s a new commercial!