It’s been a few weeks since I last made a minor Club Penguin updates post so it’s time for me to catch up on everything! There’s been a lot of small updates that have accumulated over the last few weeks! Here’s a collection of them all. If I missed anything let me know and I’ll check!

Three weeks ago five new 404 error pages were added. For those unfamiliar, 404 is the error code number given to the web browser when a page is not found. These error pages were then removed and re-added last week. Here’s what they look like: 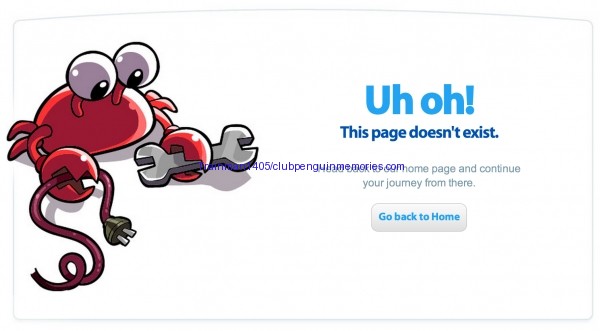 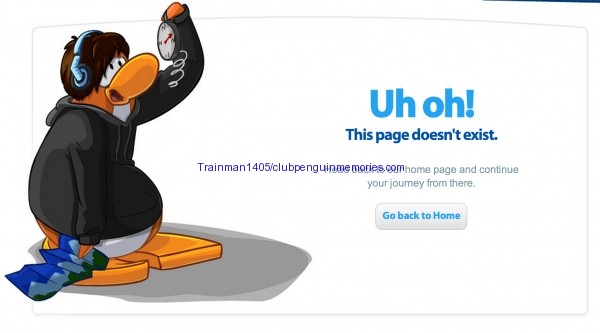 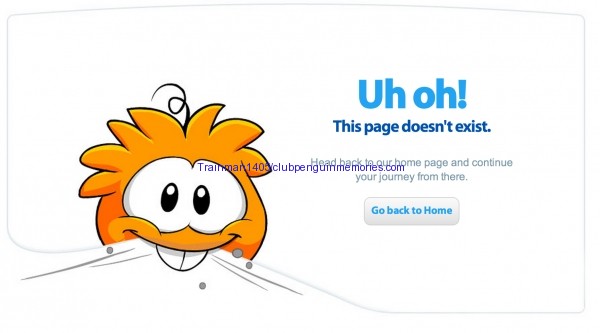 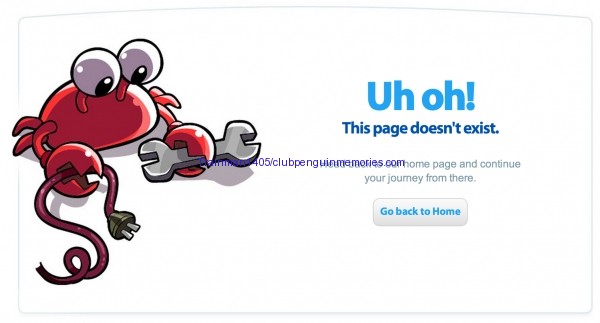 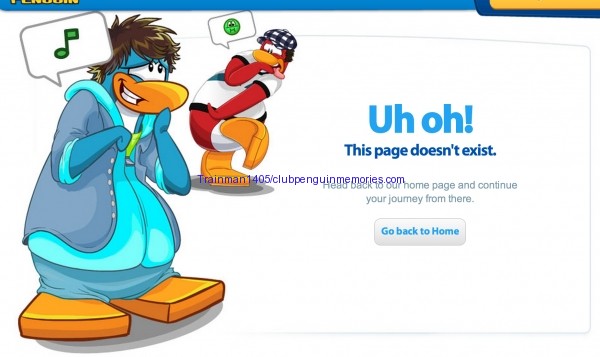 Club Penguin also changed the banning system. If your penguin has never been banned, the first time you’ll get a warning and no ban. Side note: don’t test this unless you know the consequences or use a test penguin!

It reads: Oops! You used a rude or inappropriate word. If you break a Club Penguin rule again, you may be banned. 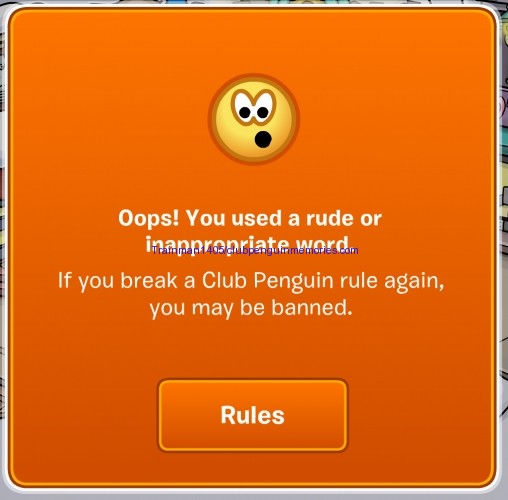 Then you’ll get banned if you do it again. It reads: “You used a rude or inappropriate word. Your penguin has been banned for 24 hours.” 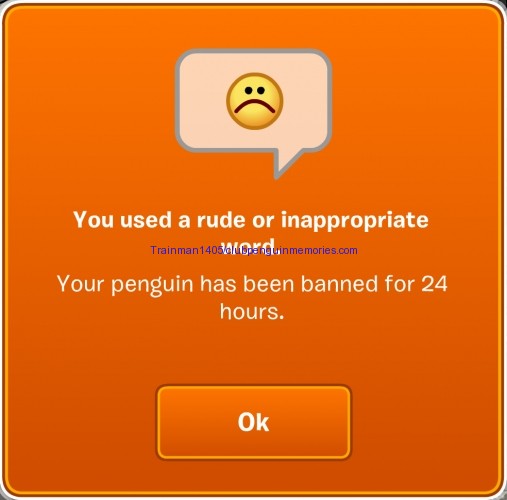 Click the “Rules” and “Ok” button takes you to Club Penguin’s rule page. 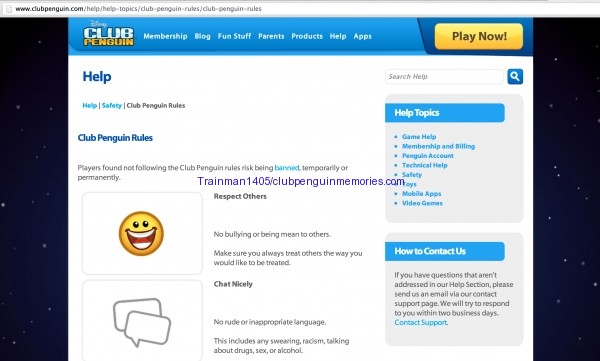 Star Wars Remix has been added to the igloo music. 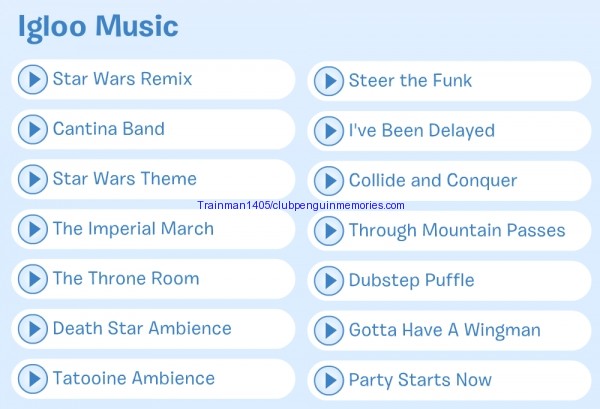 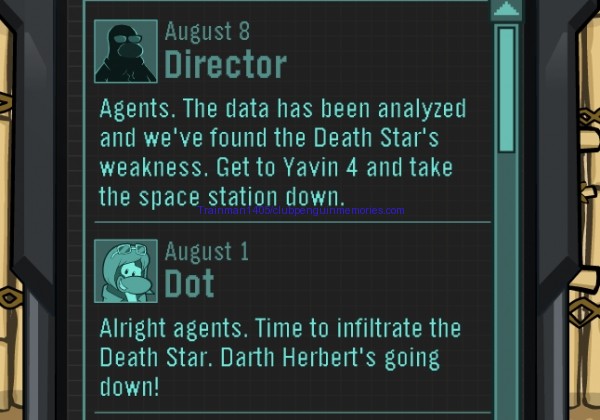 Agents. The data has been analyzed and we’ve found the Death Star’s weakness. Get to Yavin 4 and take the space station down.

It was Pay Day last week. 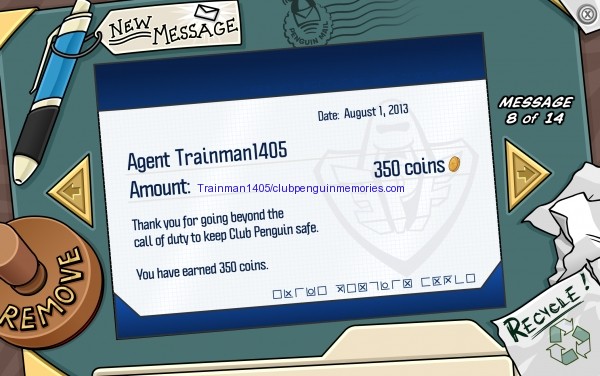 The Puffle Expert time has gone from 18 hours between each task back when it launched to just a mere 20 minutes. 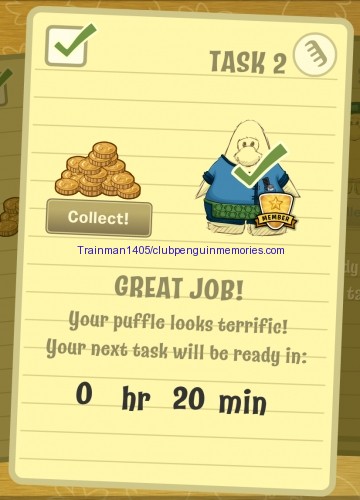 The Martial Artworks catalogue is now accessible at the Snow Dojo. 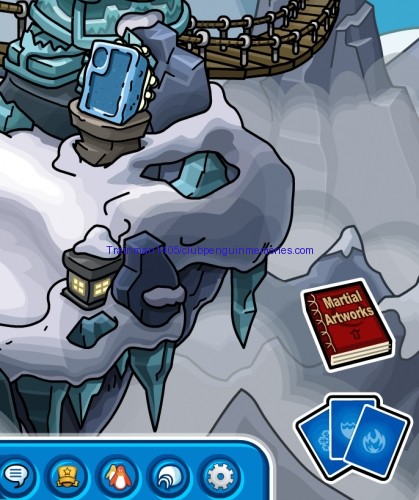 Club Penguin recently changed the design of the Target background. Here is what it originally looked like: (this isn’t exactly what it looked like since I edited it, but it more or less looked almost identical to that – a brighter shade of red and the rings are opposite what they are now) 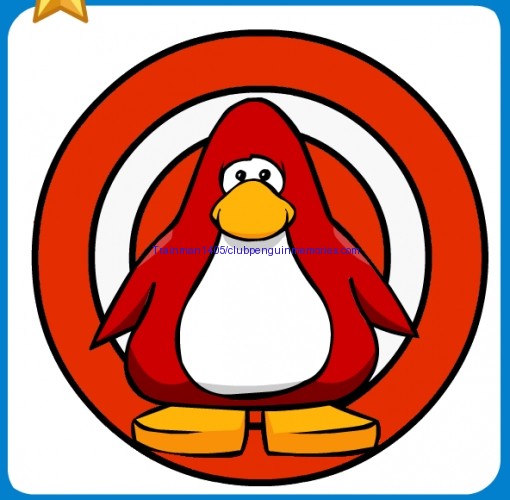 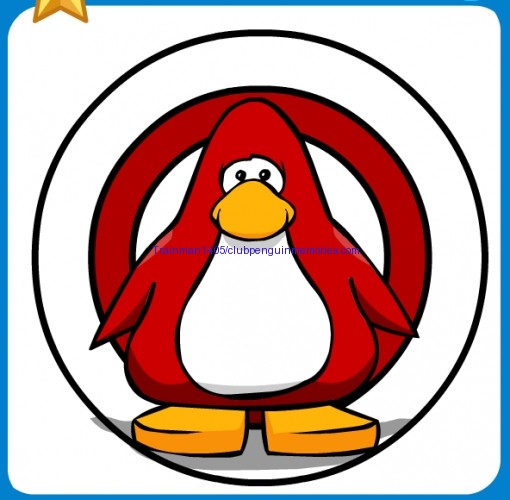 Club Penguin also did this on the Tree Fort Medieval Background – a thank you to Saraapril for pointing this out on her blog. 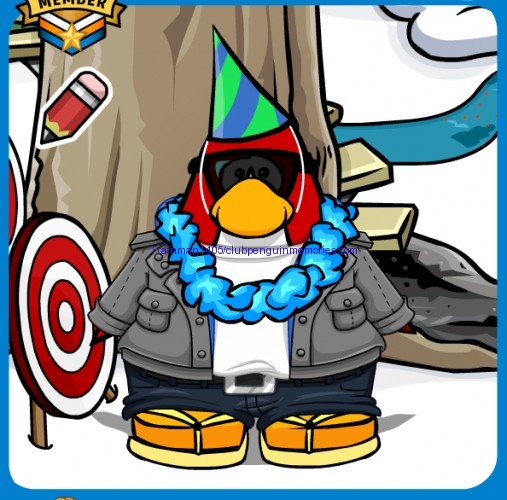 Why the random change? No clue. The only possible explanation I can come for this is that it looks similar to the Target logo and they wanted it changed. For those unfamiliar with Target, it’s like Walmart – they sell everyday products, clothes, food, electronics, and just about anything else. 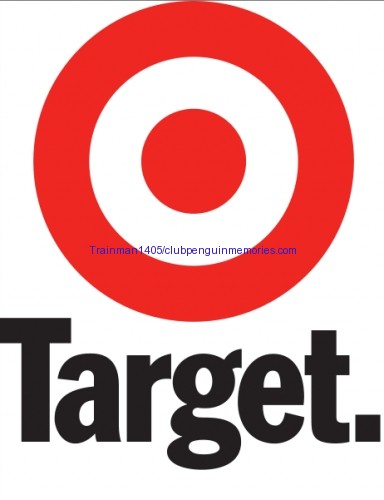 Old Club Penguin players may remember when Club Penguin changed their :D smiley face emote because it supposedly looked too close to the Yahoo Messenger face…but I don’t see it.

Old smiley face on the left, current on the right

The Yahoo Messenger face with little resemblance aside from facial features

Aside from all that there have been new login and loggoff screens for Teen Beach Movie and new Spanish and Portuguese magazine issues that were recently released.