Club Penguin recently updated their homepage, and when they did they accidentally released a homepage slide that wasn’t meant to be shown until next week! It shows off My Penguin exclusive Medieval Party 2013 items that members can purchase. I’m assuming that these items will be available next week when the clothing catalogue is updated on Club Penguin, as usually when the in game clothing catalogue is updated so is the mobile version. Here’s what the homepage slide advertising the items looked like. A special thank you to Saraapril for letting me use her pictures as I wasn’t quick enough to see the homepage change before it was taken down again. 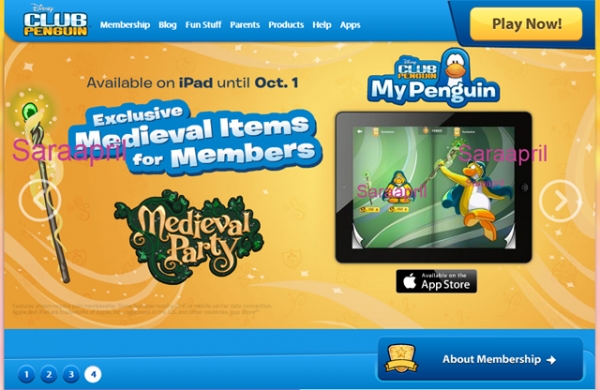 Available on iPad until October 1st:

Here’s the two items zoomed in. They appear to be a robe and magical staff of some sort. 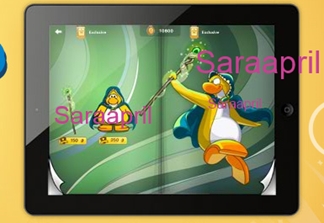